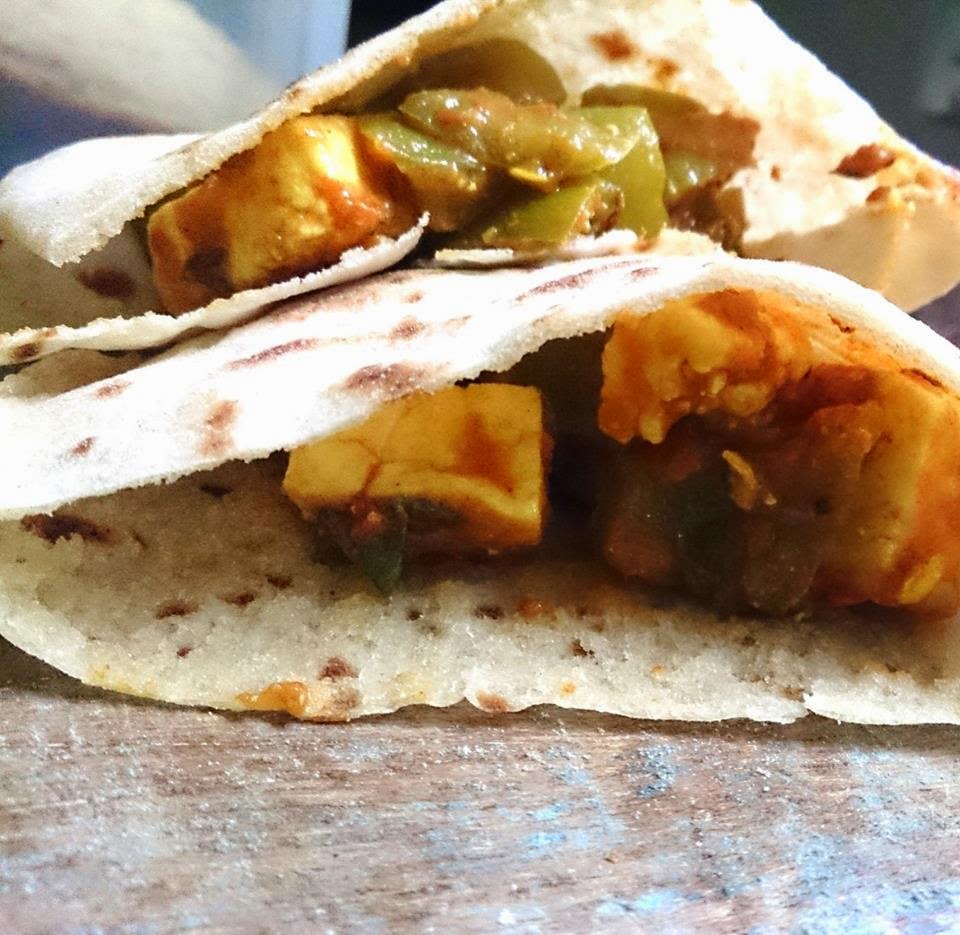 Pita bread is popularly used to have with hummus, to scoop out sauces and dips. It is also used as  wraps or making  sandwiches with falafel. Pita breads are baked in very high temperatures around 450 degrees F which makes the flattened rounds of dough to puff up  like a balloon .
The puffed up pita bread is a beautiful sight to see within minutes of baking in the oven.

The puffed up pita causes a pocket to be formed which is very convenient to be used for interesting  fillings.
Once removed from the oven , they deflate but the layers remain separated to form pockets.Almost any savory can be used in a pita bread .

The pita breads can also be used a a pizza base to top with vegetables and cheese. Therefore it is indeed a versatile bread.Pita breads are served with just about every meal in Middle Eastern countries and this is usually baked in brick oven under high temperature giving that browned look.

This is a great recipe for beginners to baking as it can be done easily .
Personally it seemed like making phulkas with yeast and a bit thicker. This is also good for those who want to bake breads but are afraid to do so. This can be the first step to baking breads. After making some pita  breads, I used the left over dough to make a small good brown bread as well :-)


1.  Take a small bowl and mix warm water, sugar and yeast . Let it sit for 15 minutes or till it turns frothy.

2. After the yeast has become frothy , add around 2 1/2 cups of flour , not all together, but little at a time as you are making the dough. Save the remaining flour to help with kneading later.

Add salt and oil, first use a wooden spatula for easier handling of dough during formation, as it will be shaggy and difficult to handle.

3. It will take around 5 minutes to knead, , sprinkle flour lightly, Remember we saved 1/2 cup of flour to help with kneading ?  so use it up.

Knead the dough as you would for normal bread making, using the heel of your hand, and stretching gently careful not to tear the gluten formed

Kneading combines all the ingredients and makes the dough stretchy, elastic and to rise well in the oven or skillet.

A simple technique for kneading is to firmly press down  on the dough with the palm, fold the dough in half towards you, like you are closing an envelope, rotate the dough 90 degrees, and then repeat the steps. Around 5-8 minutes is good.

4. Grease the bowl in which you mixed the flours and keep the prepared dough in it, oil if necessary to prevent stickiness.

Cover with a kitchen towel or cling wrap , let it sit in a corner for the dough to rise or doubles in volume.

4. Usually it will take around 40 minutes to an hour depending on weather conditions. Mine took just 30 minutes as we have very hot humid weather here in Chennai.

The dough would have doubled, take it out on to a floured surface, sprinkle some flour, oil your hands if necessary, now flatten the dough gently  to punch out the air, and divide the dough in to small portions which you will roll out into poori ./ small discs of rounds to be baked or cooked on a stove top.

5. After deflating the dough gently, divide into equal no of small balls. Keep them covered for around 10 minutes to rest. Meanwhile make sure to keep the oven pre heated to 450 degrees F / 232 degrees C

Keep the prepared  Pita rounds  covered till you bake them .

5.  To cook on a stove top using a skillet or non stick pan


I am giving the procedure for cooking on stove top in an open nonstick pan , as I did not bake them the first time.

6. After you have finished rolling small discs of pitas, ( after resting the small balls covered for 10 minutes )  heat up a skillet, preferably nonstick as I find it helps to puff up.

When the skillet is heated well, place a pita round in the centre, wait till you see the small bubbles forming, flip on other side,  keep flipping till you see the pita bread puffing up just like phulkas or use a cloth gently to help puff up.

Light brown spots appear as the pita bread puff up, remove and place another one, keep some discs ready  and covered.

When cooled, you can use them to stuff some vegetable fillings of your choice and use as a sandwich or as a wrap. This is sure to please kids  and a great after school lunch idea , non messy and filling too.


6.To bake pita bread in oven.


Preheat oven to 450 degrees f/ 232 degrees C, place a baking sheet inside to heat up, place all the rolled out pita in the baking sheet carefully, they will start to puff up in a minute and within 4 minutes they will be done , all puffed up and you can keep longer for more brown colour.When it is fully puffed, up, it is done, remove and cover the baked pita bread with a soft cloth.

Use pita breads  as it is or stuffed with some interesting fillings for children.They make a great filling snack .

Store pita bread  just as you would store breads.

The risen pita dough can also be stored in the refrigerator upto a week.

Use as much dough as necessary to make pita breads and store remaining dough in the fridge.


To help the pita bread puff up nicely and fully, make sure your oven is preheated well and the baking sheet as well.

The skillet for stove top cooking also needs to be very hot initially, then reduce heat to prevent too much browning.

To get good pita pockets, roll out slightly thicker.

Make sure to rest the balls meant to be rolled out into pita bread before baking or cooking on stove top for at least 10 minutes to get good balloon like pitas. 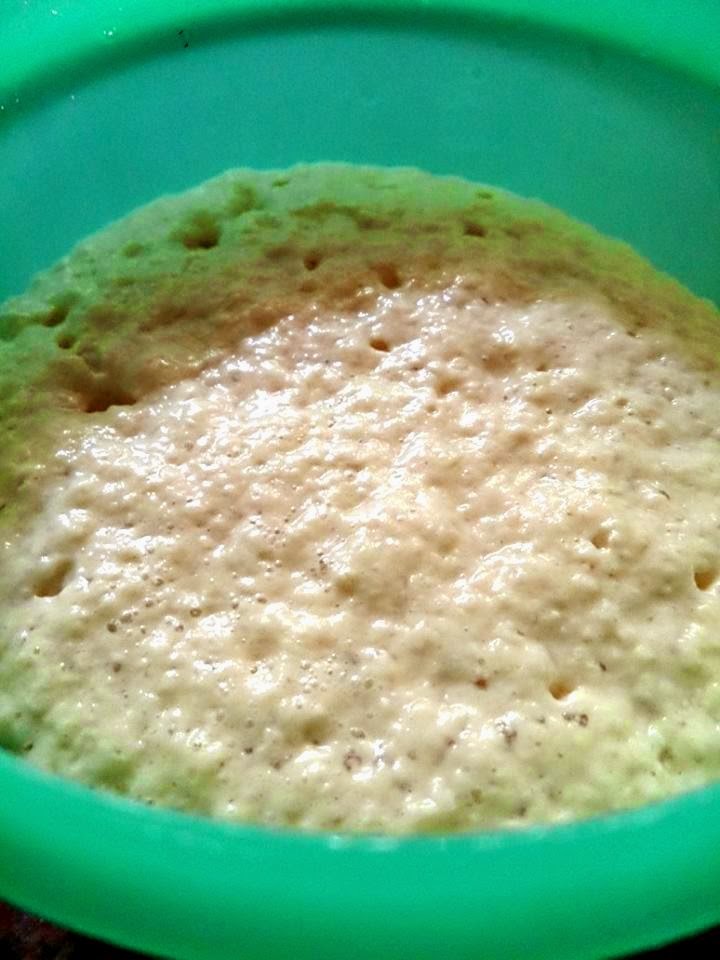 2. The pita bread dough is ready to be covered to double in volume . It should be smooth non sticky dough.So oil it on top if necessary. 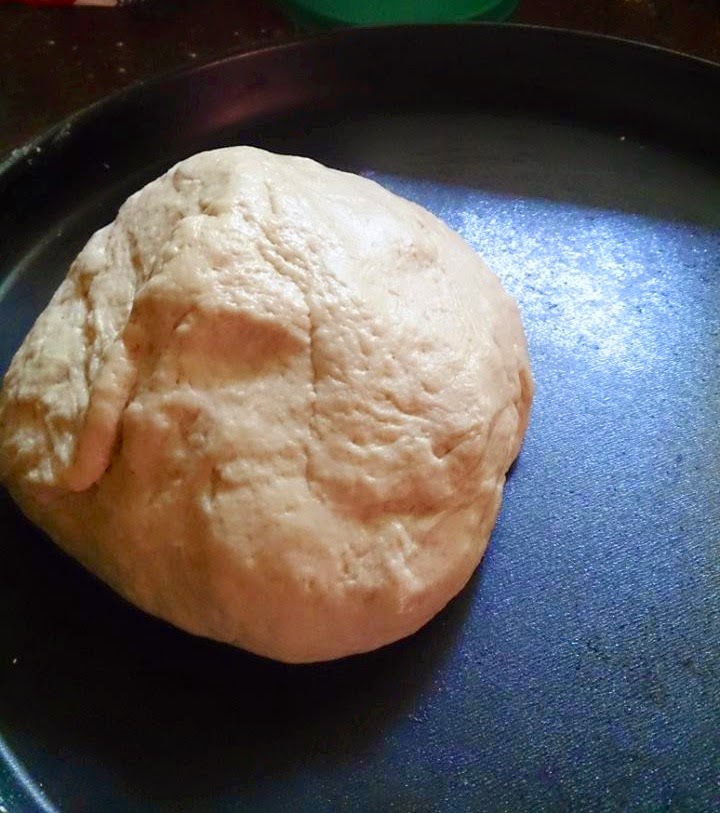 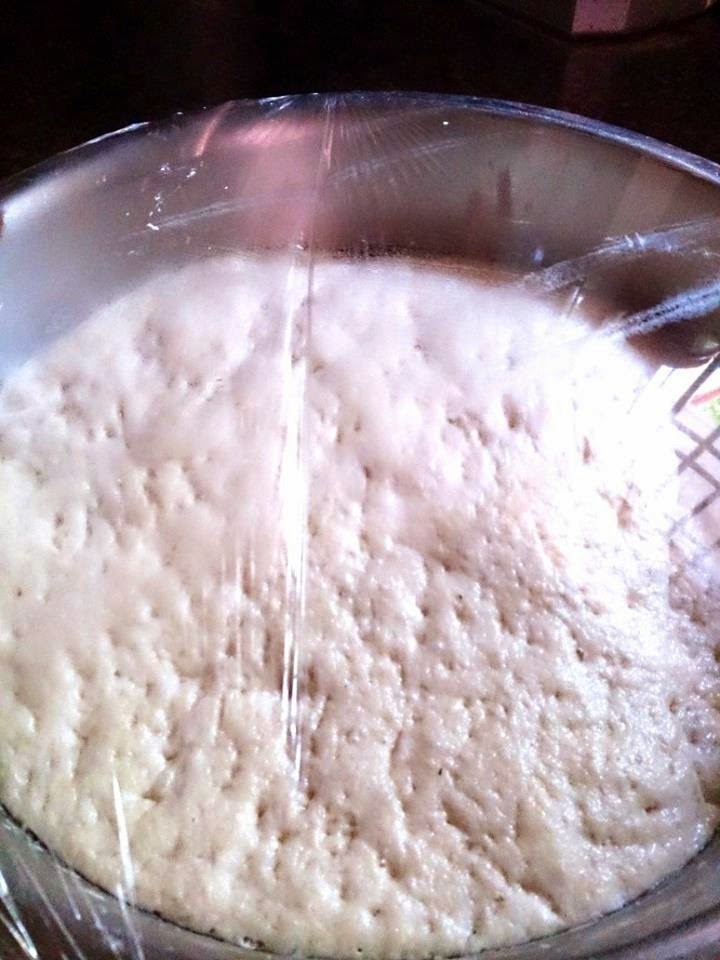 4. The rolled out pita rounds being cooked on a hot skillet like phulkas. 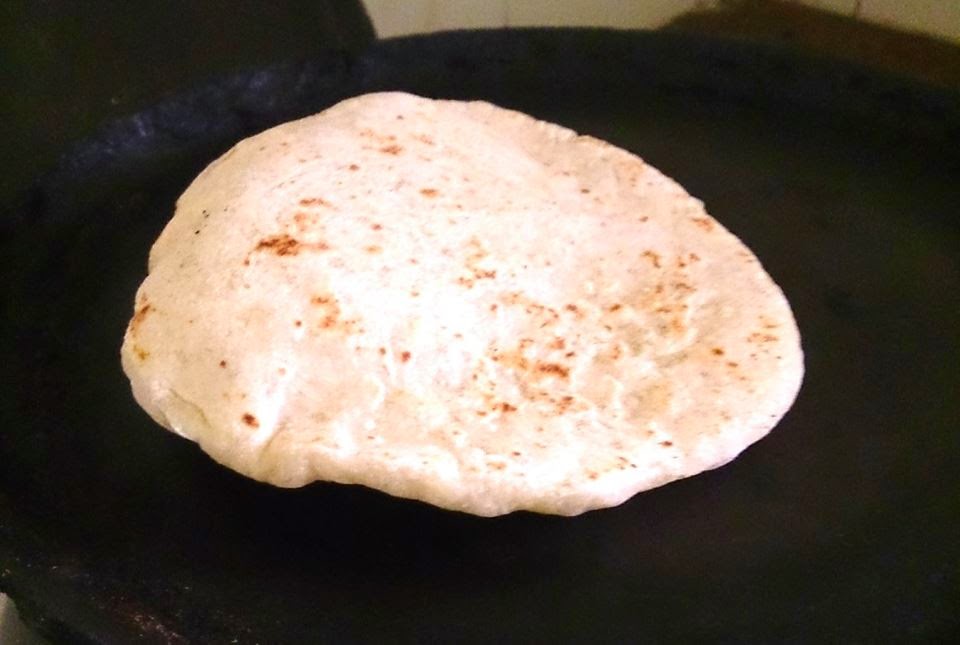 5.  The pita beginning to puff up on the skillet itself. 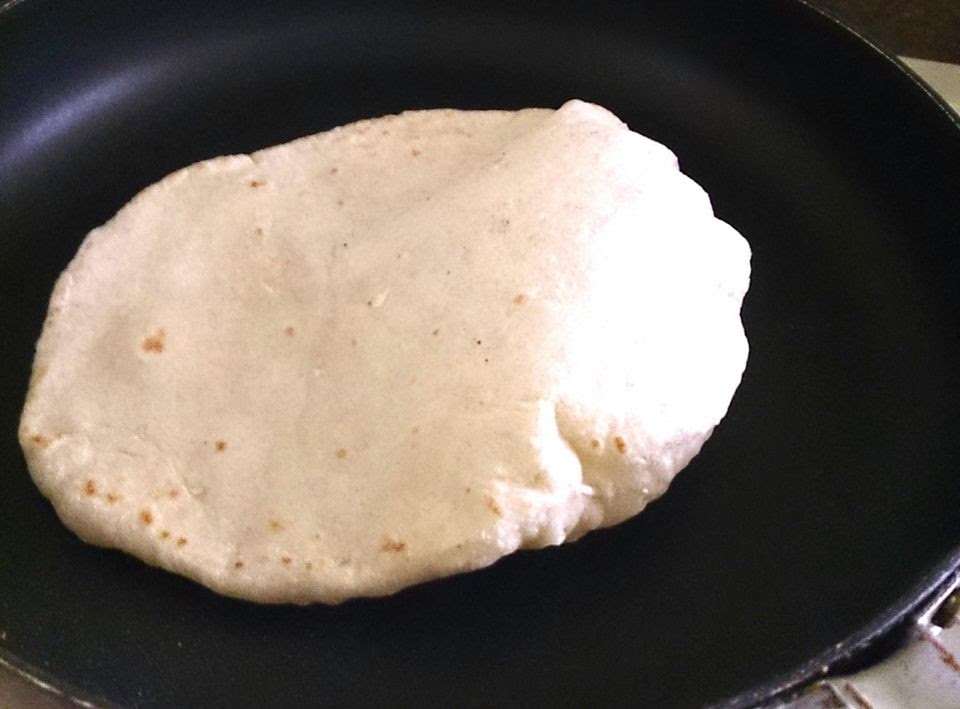 6. Flip on other side when brown spots appear . 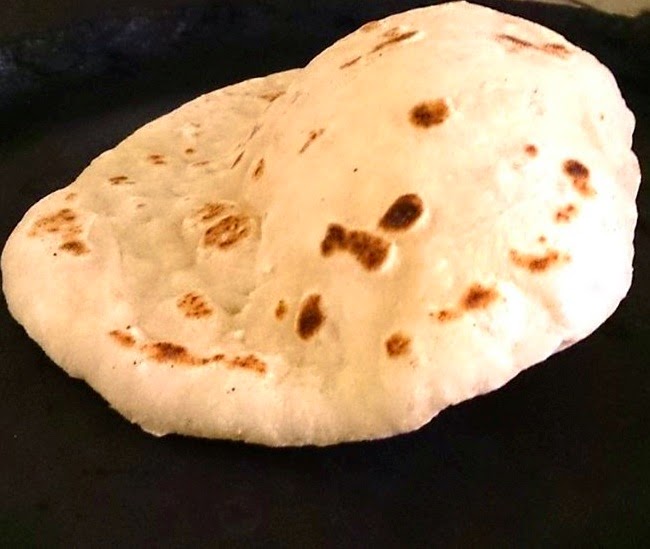 7. Stack them when cooled. 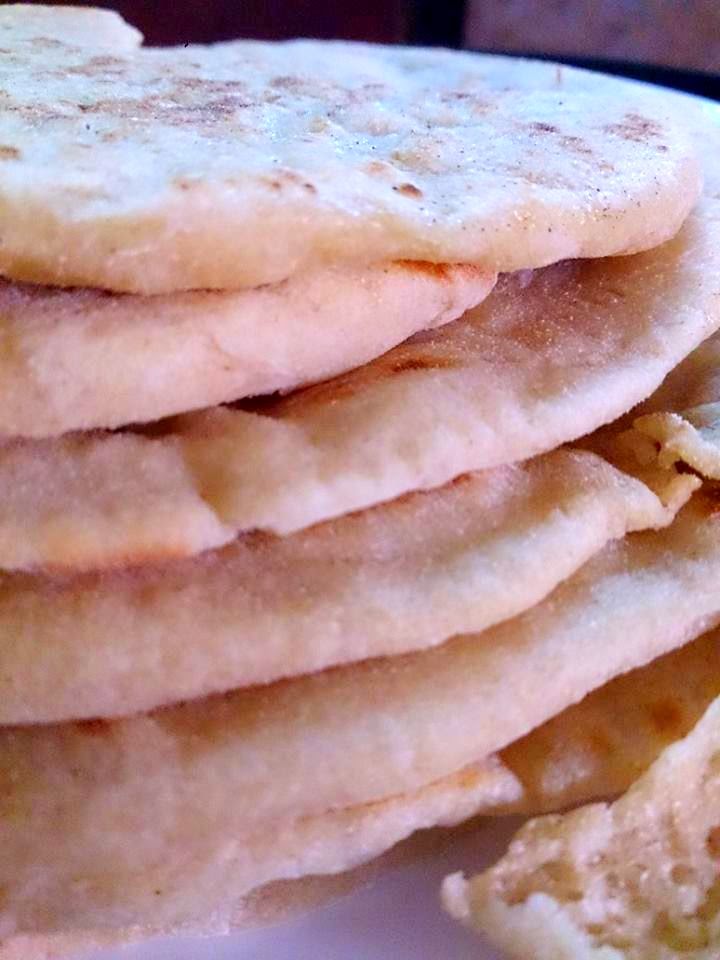 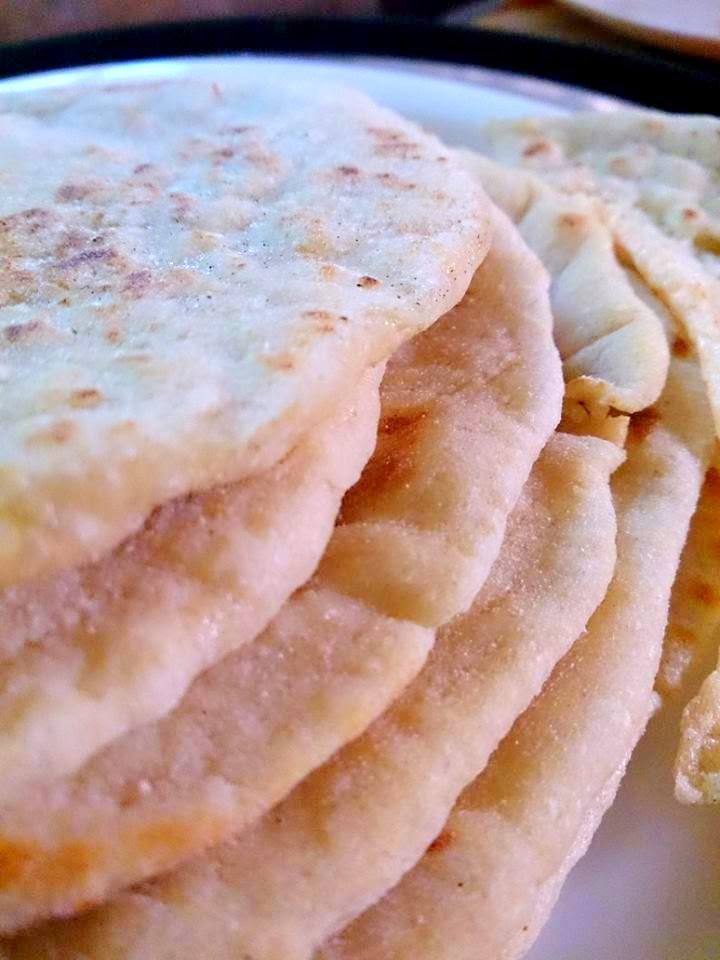 8. See the texture inside, like normal bread with the layer seperated. 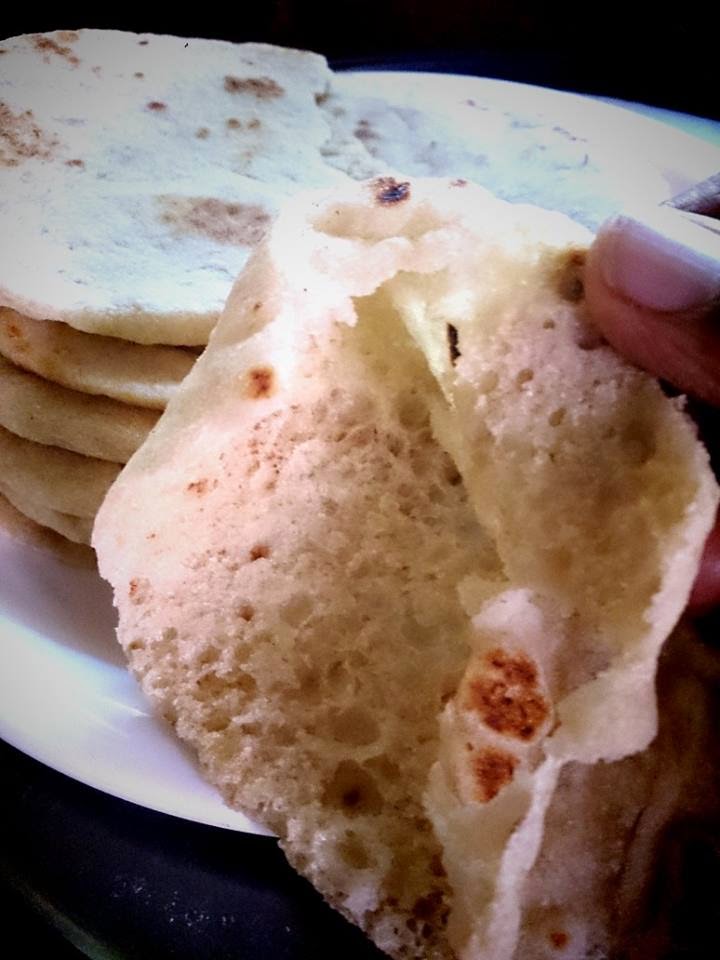 9. Use the pita pockets as a sandwich filler. 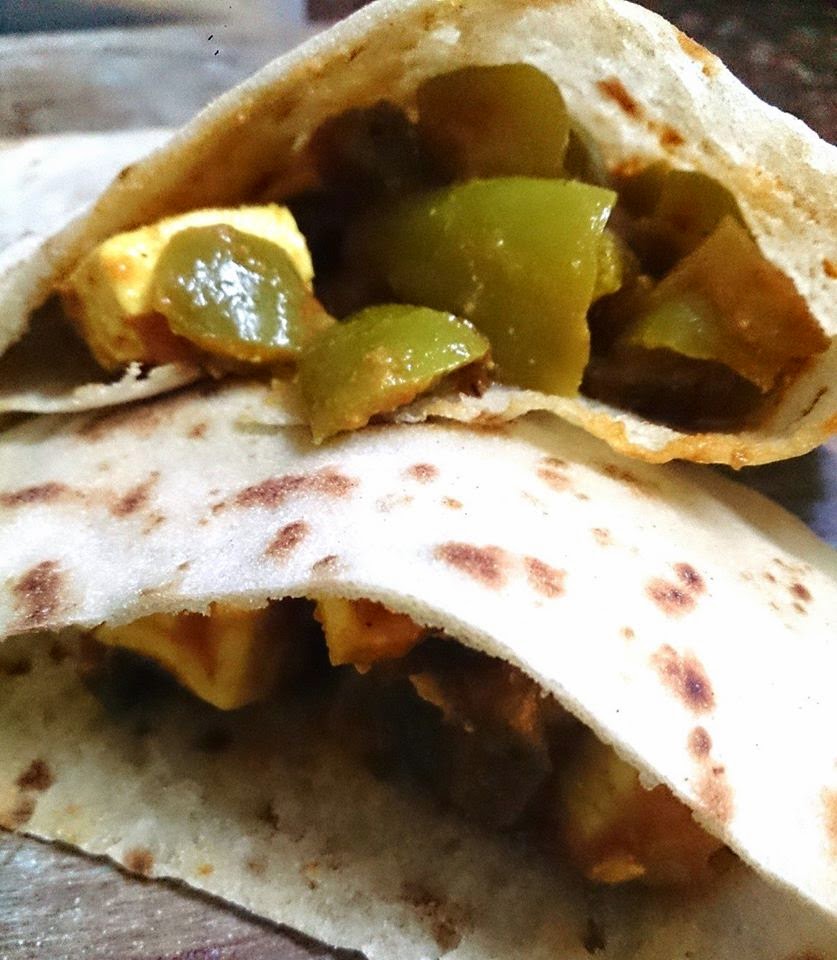 As this was not a planned post, I couldn't click some steps in between, I decided to post later as an after thought. Am planning to bake them again , where I will give complete baking steps as well.