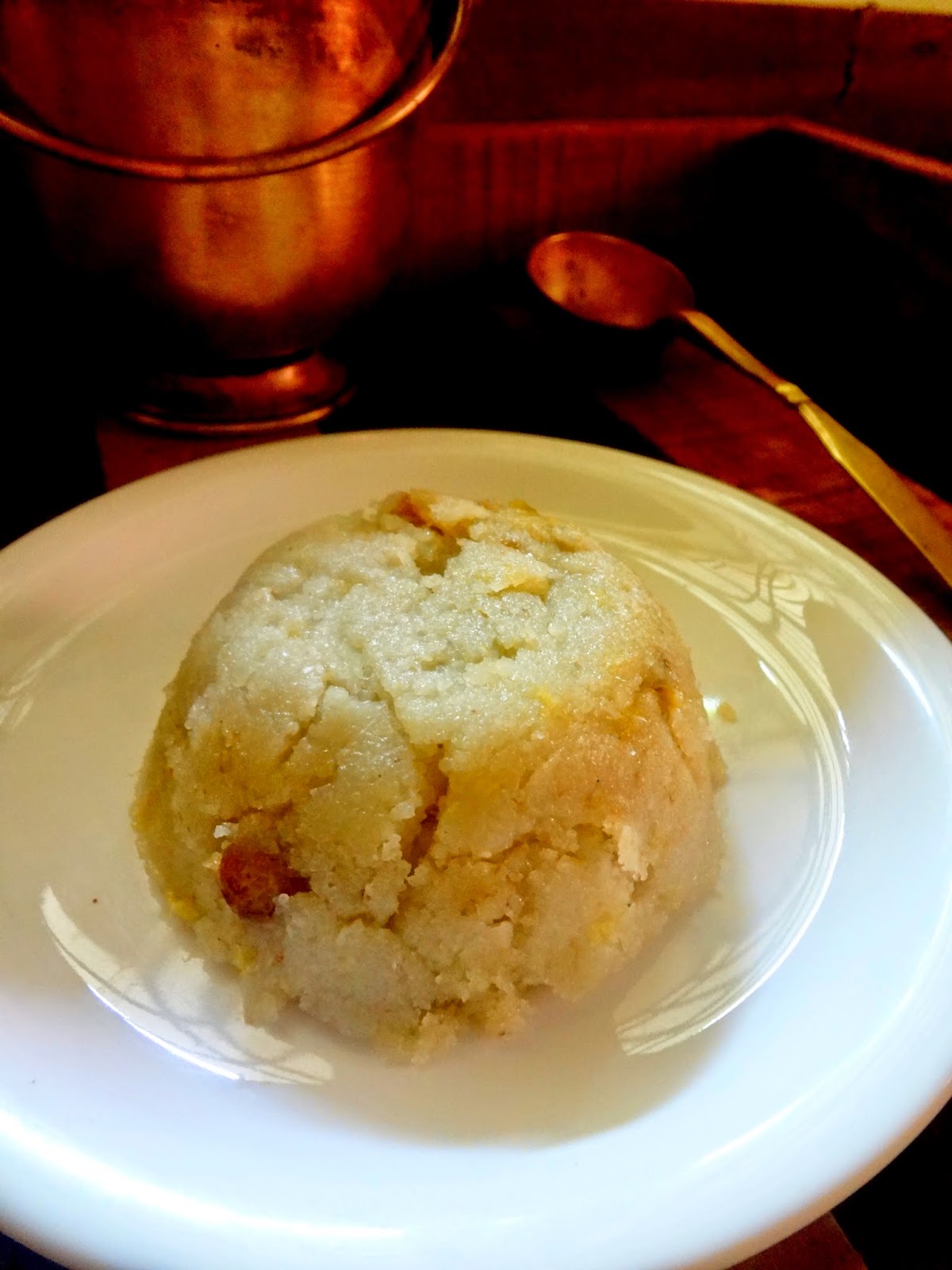 Banana sheera/sajjige is something very similar to our South Indian version of Kesari .The popular dessert , usually prepared during poojas has a religious touch to it, prepared during Satyanarayan pooja or other functions. This is a typical mildly sweet dessert usually had even for breakfast in North Karnataka.

1. Roast the millets powdered /  semolina in little ghee  till aromatic but not browned.
2. In a deep non stick pan preferably, add the ghee, add the raisins, cashew nuts and fry till golden and raisins have swollen , add the milk and water, sugar  and let boil, add the pinch of cardamom powder. Let the mixture boil. Add the mashed banana puree.

3. Add the roasted millets /   semolina slowly with one hand, keeping the flame at the lowest, and stir with another hand, when you have finished adding the complete  millets or semolina , close the pan with a lid and reduce the flame to low. Keep for 3 minutes and switch off.

Do not open the pan for at least  15 minutes  as you want the heat to be locked in ,  and cook the semolina  inside.

After 15 minutes, open the lid and stir once again , and you will see the sheera has been done to perfection and no lumps formed absolutely. 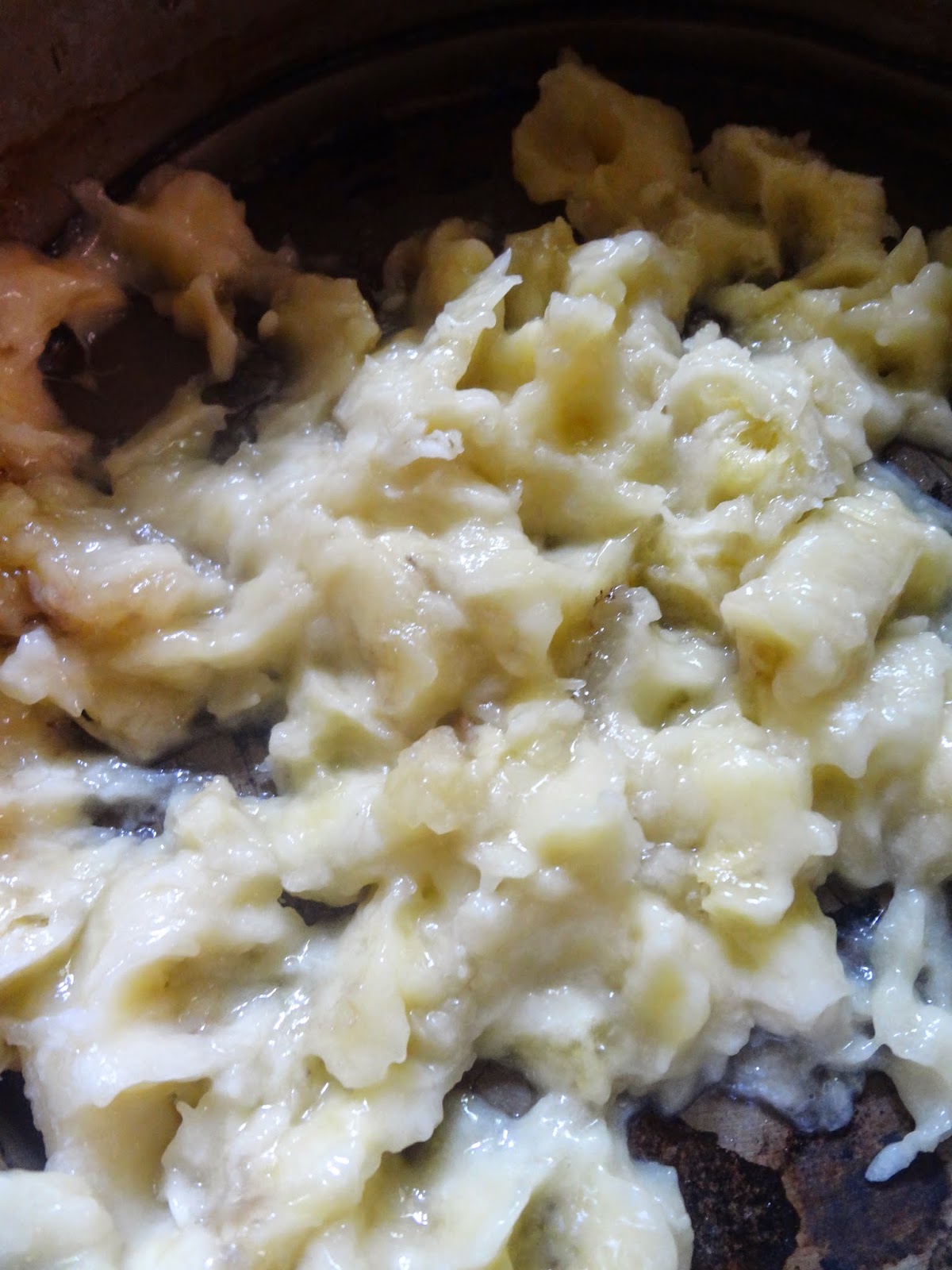 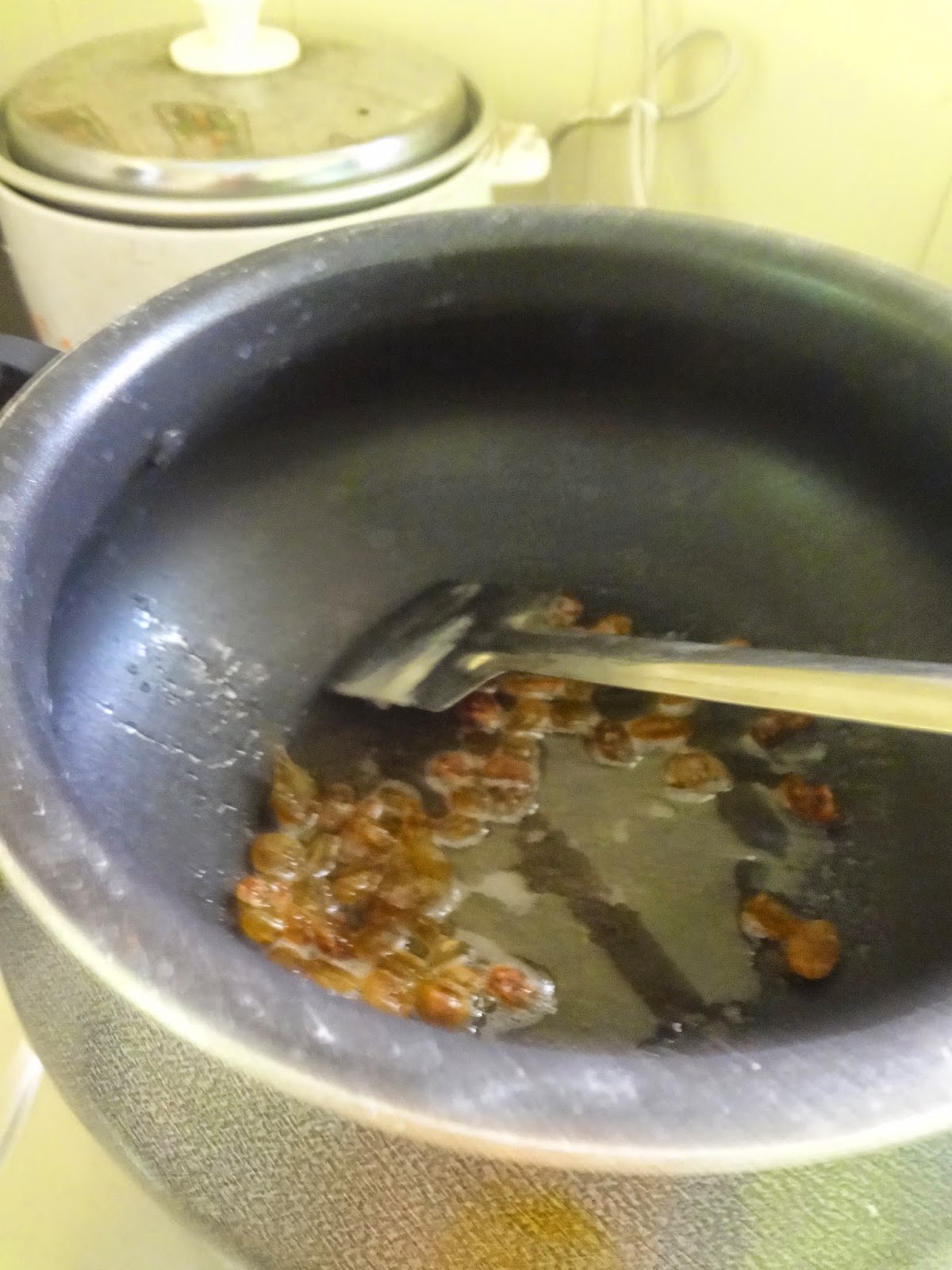 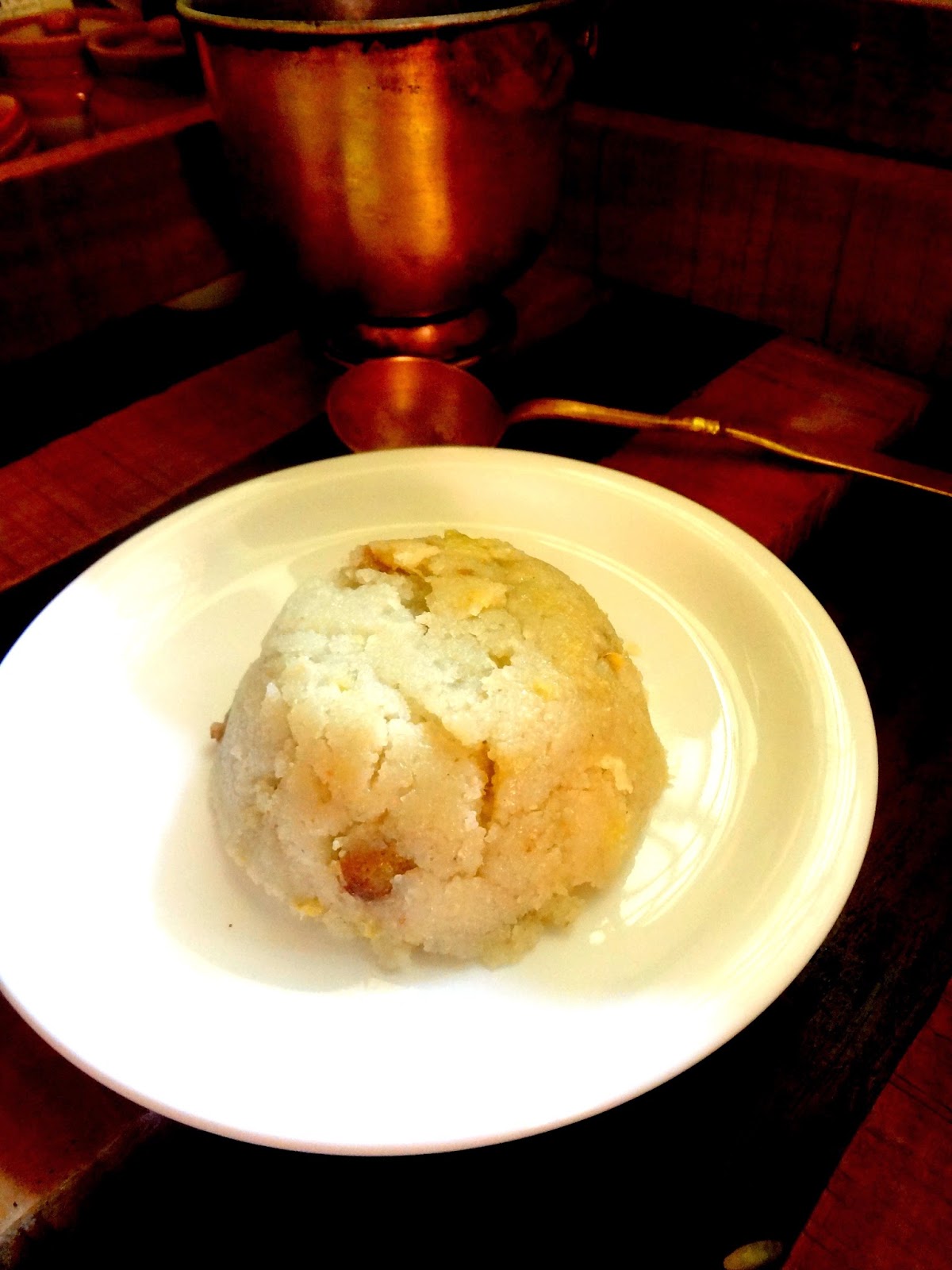 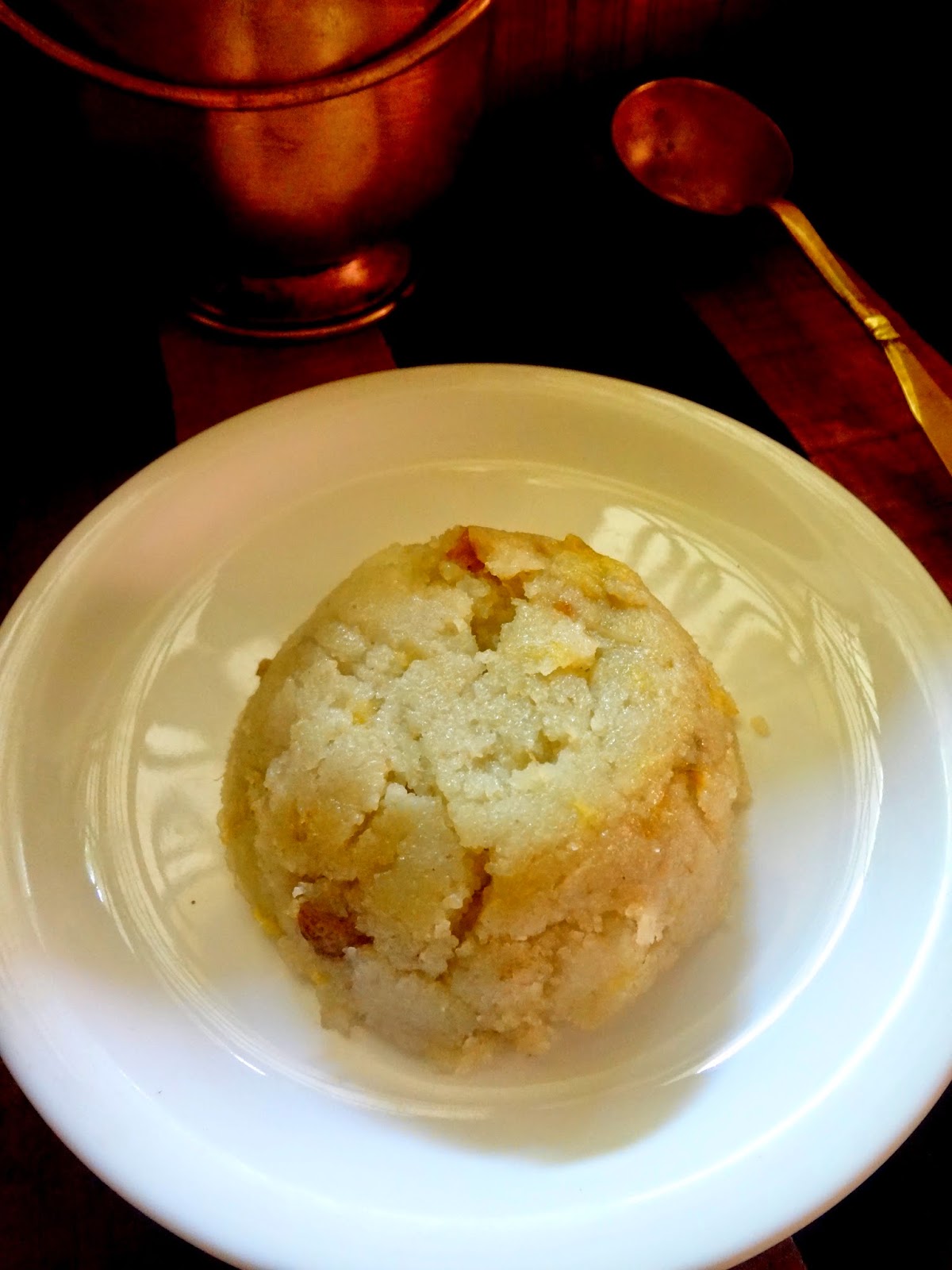