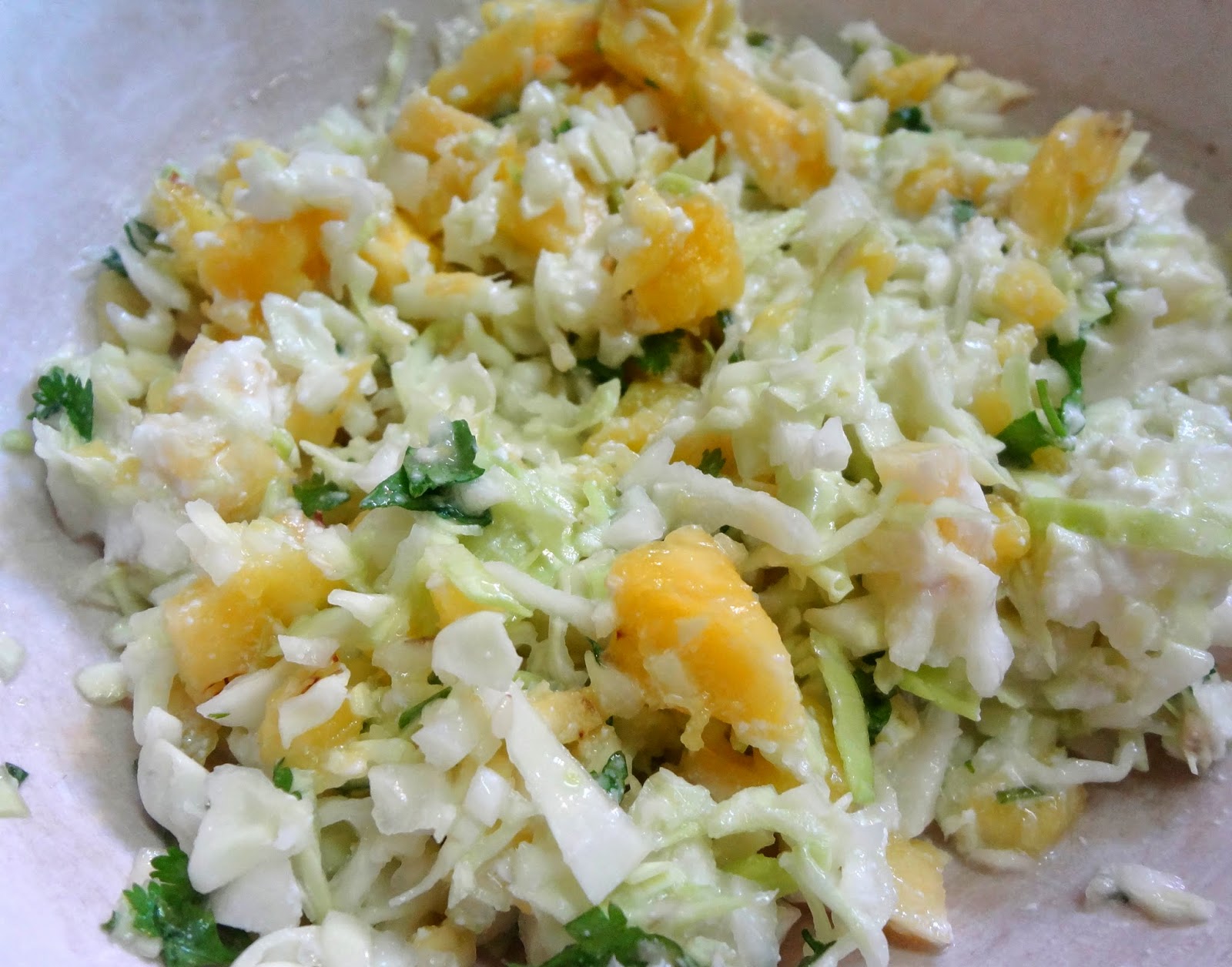 Coleslaw was probably consumed in its earliest form in the times of the ancient Romans. However, modern coleslaw could not have arisen until the 18th century as mayonnaise was not yet invented.

The term "cole slaw" arose in the 18th century as a partial translation from the Dutch term "koolsla" meaning "cabbage salad". It was commonly called cold slaw in England until the 1860s when "cole" meaning cabbage was revived.

"Cole" originates from the Latin colis meaning "cabbage", and is the origin of the Dutch word as well. In addition to calling it "coleslaw," U.S. Southerners also refer to it as "slaw."

Coleslaw is a salad consisting primarily of shredded raw cabbage dressed most commonly with mayonnaise and/or buttermilk. It may also include vinegar and seasonings (with or without any dairy or mayonnaise). Cream or sour cream may be used in the dressing and shredded carrots are a popular addition.

There are many variations of the recipe which include the addition of other ingredients, such as red cabbage, pepper, onion, grated cheese, pineapple, or apple, mixed with a salad dressing such as mayonnaise or cream.

In the United States coleslaw often also contains buttermilk or mayonnaise substitutes, and carrot; although many regional variations exist, and recipes incorporating prepared mustard or vinegar without the dairy and mayonnaise are also common. Barbecue slaw, also known as red slaw is made using ketchup and vinegar rather than mayonnaise.

A variety of seasonings, such as celery seed, may be added. The cabbage may come in finely minced pieces, shredded strips, or small squares.
In the United Kingdom, coleslaw almost always contains carrot and red onion in addition to cabbage. Some variations include nuts such as walnuts and dried fruits such as sultanas or raisins.
Other slaw variants include broccoli slaw, which uses shredded raw broccoli in place of the cabbage.


I have tweaked recipes to suit my taste.I did not want addition of oil or sugar  and neither did I want to use Mayo.

. Take a large bowl, combine the ingredients.  . Add the whisked yogurt. and toss to coat.
The yogurt will give a beautiful creamy texture, I used skimmed milk fresh yogurt.
Cover and refrigerate for at least 1 hour 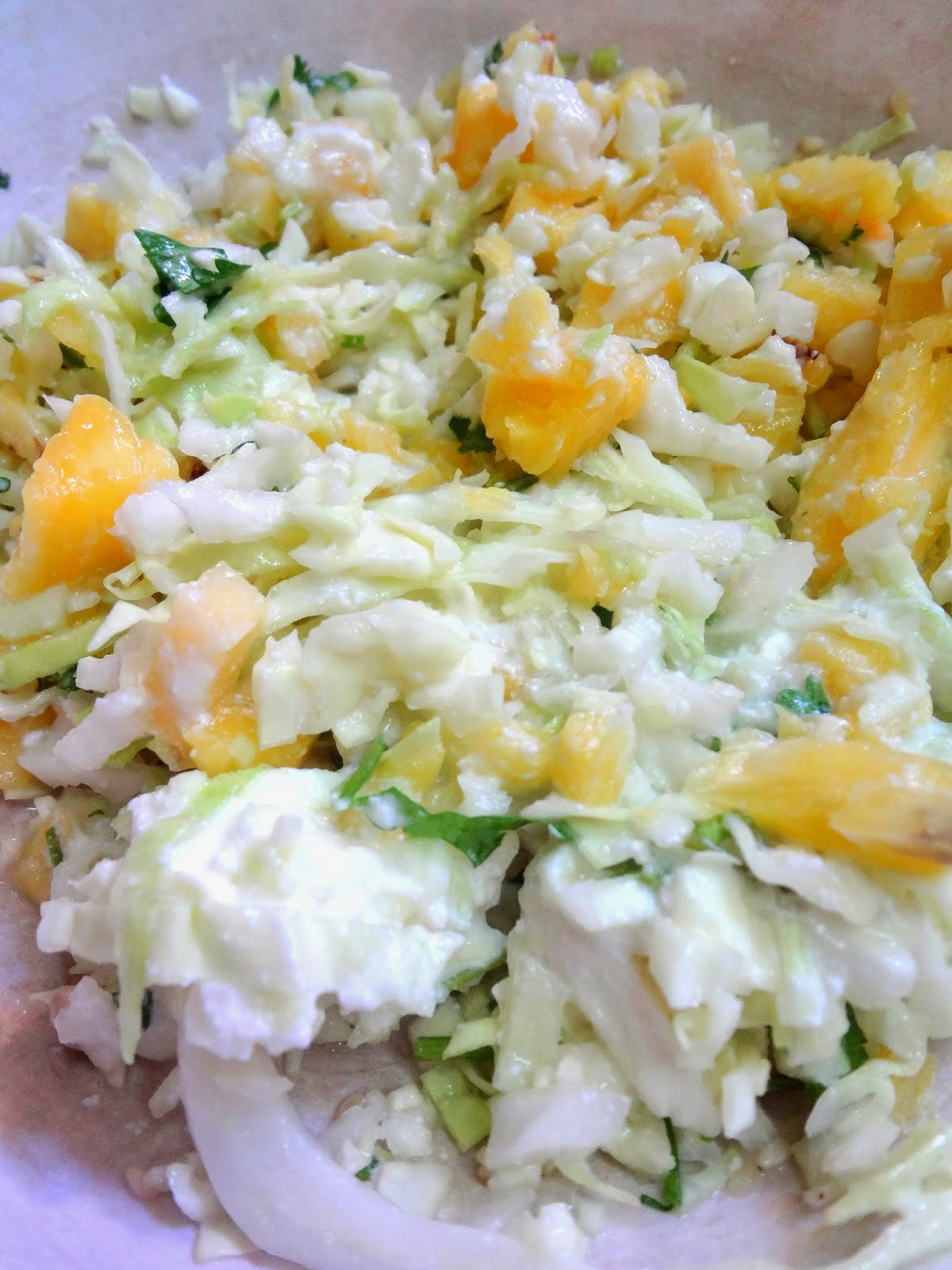 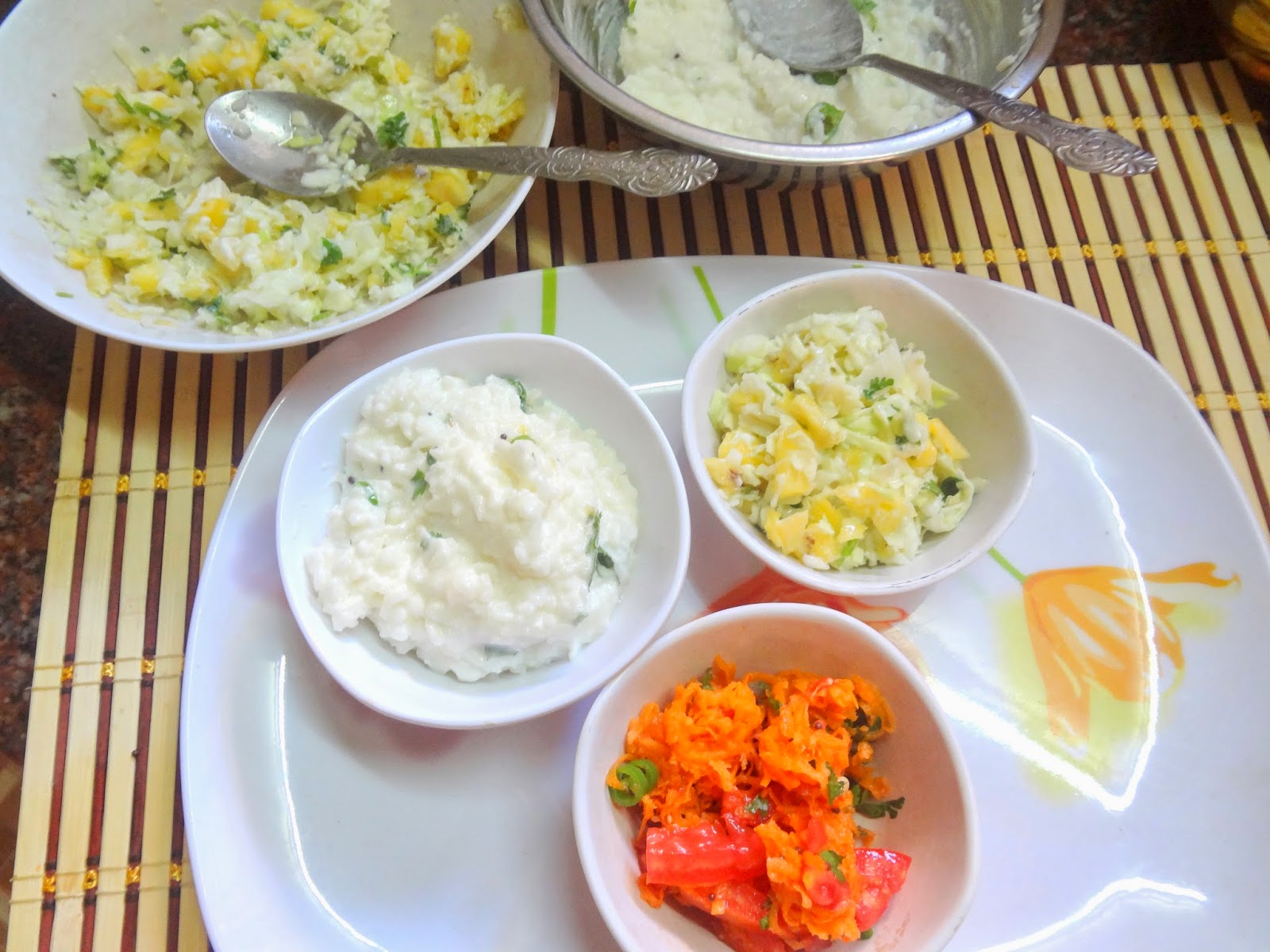