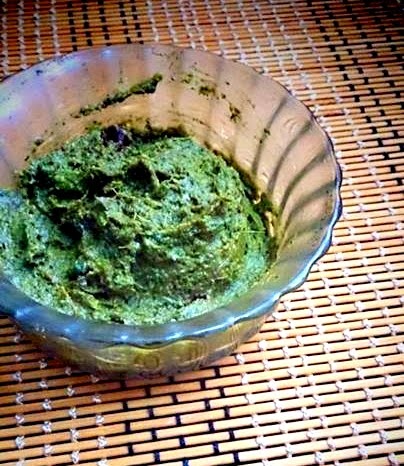 Coriander leaves Thogayal or chutney is a tongue tickler and a pleasing dip to have at home always.

Cilantro is also known as coriander or Chinese parsley. Its seeds and leaves are used as a seasoning condiment hence it is considered both a spice and a herb.

Cilantro bears strong resemblance to Italian flat leaf parsley with the latter having less fragrant or smell.
The leaves of this herb should look vibrantly fresh and be deep green in color. They should be crisp, firm and free from yellow or brown spots. It has a strong smell that everyone loves. 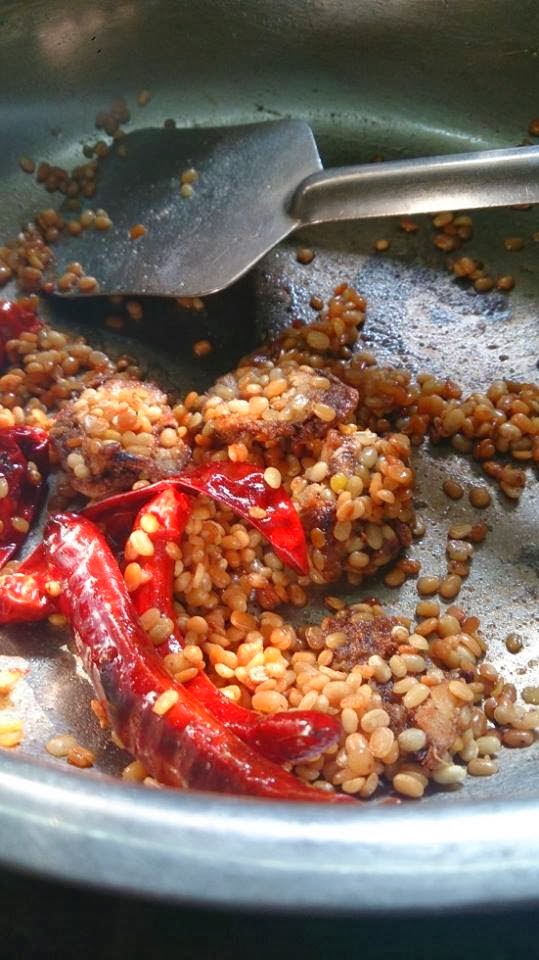 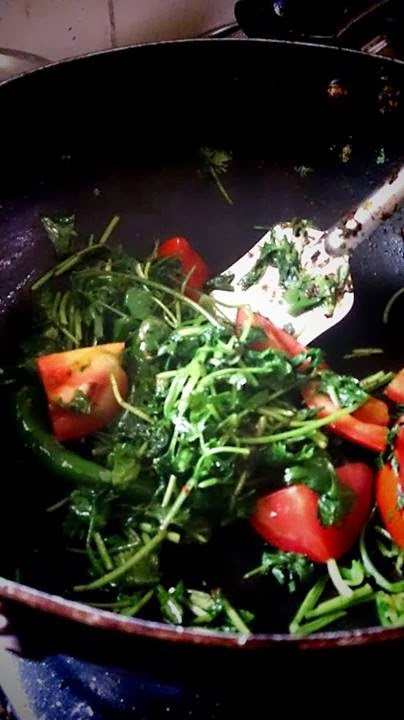 Remove the stalks and chop the coriander leaves roughly.
Heat oil in a pan and roast the udad dal , red chillis , tamrind, and asafoetida .
Keep aside to cool when the dal turns golden.
Add little more oil and sautée the chopped coriander leaves along with chopped tomatoes.
Normally we do not add tomato to thogayal, reason am adding it is the coriander leaves will shrink upon sautéing and it gets difficult to grind in the mixie. When we add 1 small chopped  tomato , it gives a good body to the thogayal and helps to grind well.
The taste is also  good and doesn't alter the thogayal taste in any way.
Let the sautéed leaves cool down.

In a mixie jar first grind the udad dal, red chillis and tamrind well , almost to a coarse powder, then add the sautéed coriander leaves and chopped tomatoes , salt and jaggery if you are adding it. and sprinkle of water to aid grinding to a paste consistency.
Remove and store in a jar . Stays good upto a week . This is very handy to have n the house and a great accompaniment to curd rice . We also mix plain rice and a spoon of this togayal , mix with some sesame oil  and have it , very healthy and tasty.

If there is one herb with a fantastic flavor, it is cilantro. Nothing opens up the flavor in black bean tacos quite the same way. Cilantro isn’t a recent addition to our lexicon and its uses extend well beyond culinary delight. Ancient Greece used cilantro essential oil as a component of perfume. During medieval times, the Romans used cilantro to mask the smell of rotten meat. Today, it’s still used by naturopaths and has been the subject of many positive inquiries by formal research institutions.

Cilantro is most often cited as being effective for toxic metal cleansing and rightfully so, this herb is a powerful, natural cleansing agent. The chemical compounds in cilantro bind to toxic metals and loosen them from the tissue. Many people suffering from mercury exposure report a reduction in the often-cited feeling of disorientation after consuming large and regular amounts of cilantro over an extended period.

Other Benefits of Cilantro