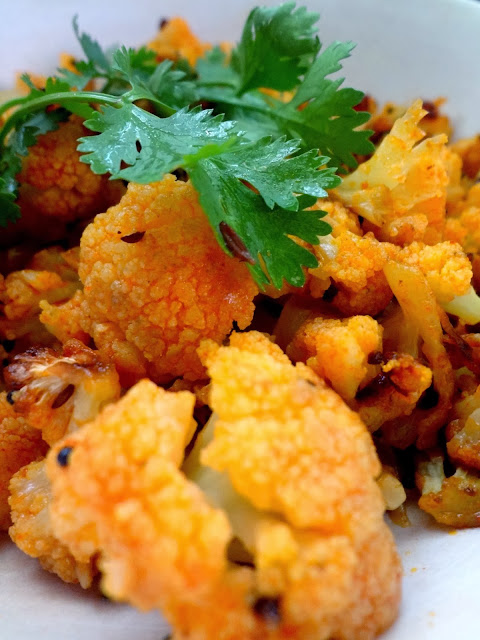 Cauliflower is one of several vegetables in the species Brassica oleracea, in the family Brassicaceae. It is an annual plant that reproduces by seed. Typically, only the head (the white curd) is eaten. The cauliflower head is composed of a white inflorescence meristem. Cauliflower heads resemble those in broccoli, which differs in having flower buds.
Its name is from Latin caulis (cabbage) and flower. Brassica oleracea also includes cabbage, brussels sprouts, kale, broccoli, and collard greens, though they are of different cultivar groups.

Toss the cauliflower florets with half the oil and spread on a baking sheet. Roast until caramelized and tender.May take around 15 minutes.
Make smaller pieces of the florets.

In a small skillet take the remaining oil and add ginger, chillis,stirring them until nicely fragrant and then add the cumin, coriander, turmeric, cayenne, and pinch of salt.

Let the spices  toast in oil, being careful not to burn, for at least one minute. Add cauliflower and toss well in spices. Cook for two more minutes,  Adjust seasoning to taste with salt.

Stir in cilantro and serve with rice,and lime wedges. 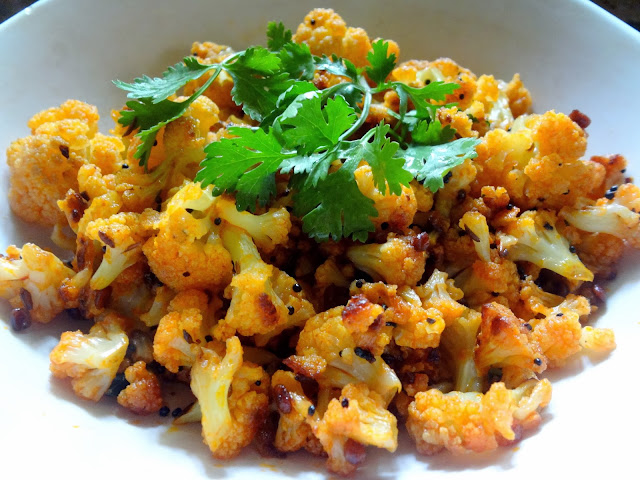 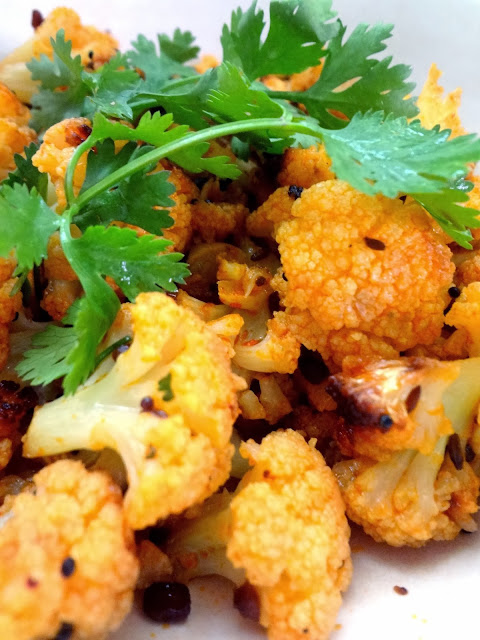 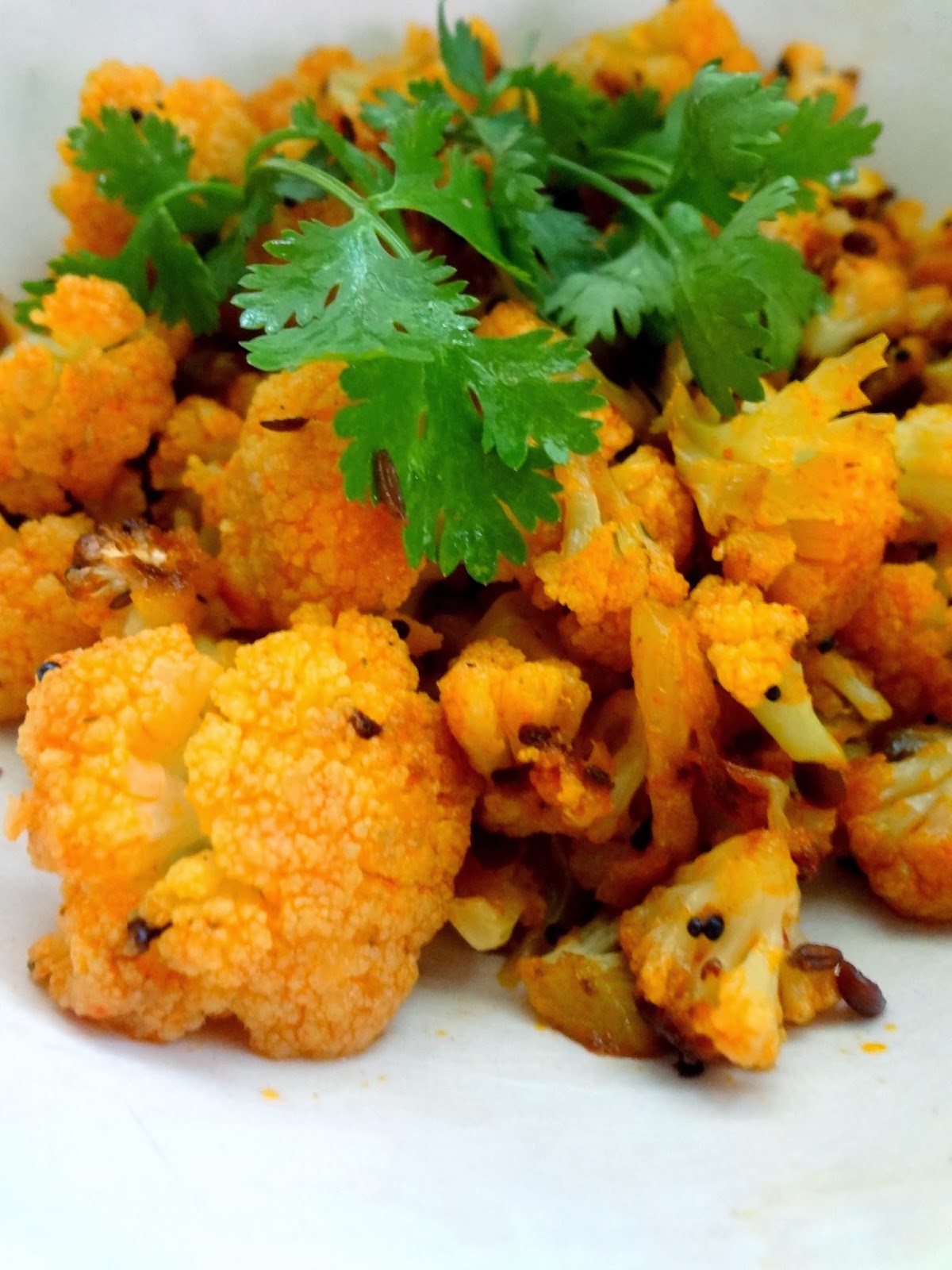 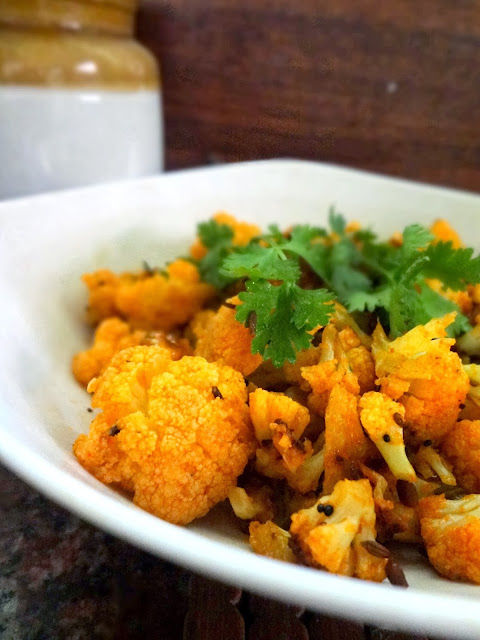 Cauliflower is low in fat, low in carbohydrates but high in dietary fiber, folate, water, and vitamin C, possessing a high nutritional density.
Cauliflower contains several phytochemicals, common in the cabbage family, that may be beneficial to human health.
Boiling reduces the levels of these compounds, with losses of 20–30% after five minutes, 40–50% after ten minutes, and 75% after thirty minutes. However, other preparation methods, such as steaming,microwaving, and stir frying, have no significant effect on the compounds.
A high intake of cauliflower has been associated with reduced risk of aggressive prostate cancer.

Low carbohydrate dieters can use cauliflower as a reasonable substitute for potatoes or rice; while they can produce a similar texture, or mouth feel, they lack thestarch of the originals.
Source..wiki

I prepared the typical Indian tempering of 1 /2 tsp of crackled  mustard seeds, split udad dal also and poured it on the florets while roasting. This is not required however.