The beginning of the Tamil month of Aadi known as Aadi Pandigai is on July 17 th 2013. Dakshinayana punyakalam the southward journey of Sun begins on July 16 th.

The Aadi festival, which falls in the month of July, is the beginning of the numerous festivals that are to follow suit .The word Aadi is derived from the Sanskrit word aash-adi. The months for the Indian Calendar are named after the 27 stars in the Zodiac system. In each month there are two or three stars. Similarly the other months like Chitrai, Panguni, Vaikasi, Karthikai etc. are named after the stars. Aadi falls during the second half of the year known as Dakshinayanam when the Sun transits from the northern hemisphere to the Southern during July.The transition from the Southern to the Northern hemisphere in the month of January is known as Uthirayanam. "Both the periods are auspicious for the worship of the Gods and Goddesses". As the transit of stars takes place during the day Uthirayana, all auspicious functions including marriages are conducted at that period, while during the month of Aadi the transition take place during the night.

Aadi festival is special for various Godesses . It is celebrated in a special way in temples like Maangadu, Kamakshi Amman temple. All sundays, Tuesdays and Fridays of this month are auspicious.

The pooram star of this month is celebrated as “aadi pooram” as the birthday of Aandal. It is celebrated in all temples in a grand manner.

The 18th day of this month is celebrated as “Aadi perukku” or “Pathinettam perukku”. Since rain flows in this month, the rivers are filled with water. Water is also given from dams to agriculturists.On this day, we prepare all varieties of rice and vadams etc. taking all to nearby river or beach with friends and give them manjal kunkum, vetrilai pakku, clothes etc This done to praise Goddeess Cauveri (Cauvery river). It is to thank all the rivers because they provide water.
Source...The Hindu

Aadi Pirappu - Aadi Pandigai - The first day of Aadi is observed as Aadi Pirappu. It means beginning of the month. The day begins with the making of huge kolams (Rangoli designs) . This first day of the Adi month is particularly special for newly married couples as they are pampered with new clothes sweets and a grand festival lunch. The highlight of the festival is the preparation of Thengai Paal which is thick coconut milk extracted from coconuts after grinding for three times and three types of mmilk extracted to prepare the sweet Payasam or kheer. 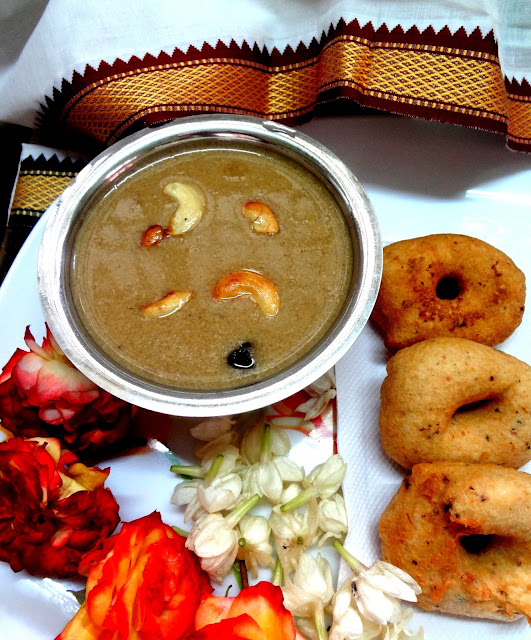 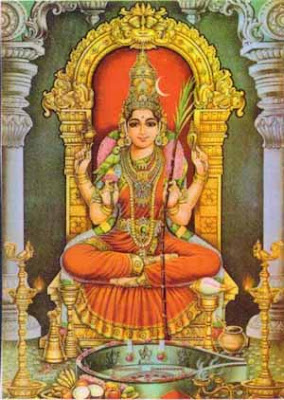 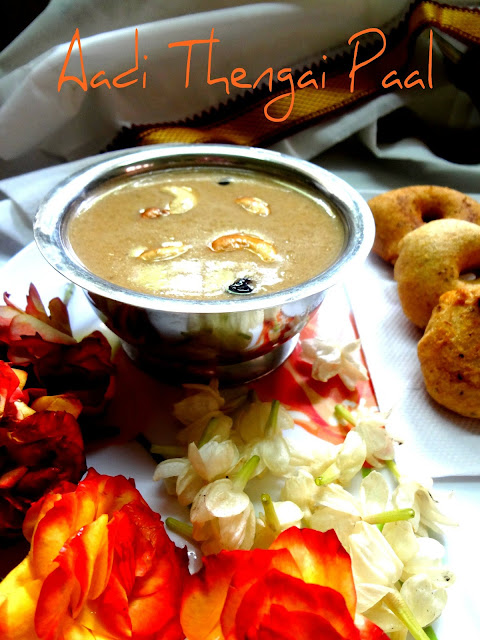 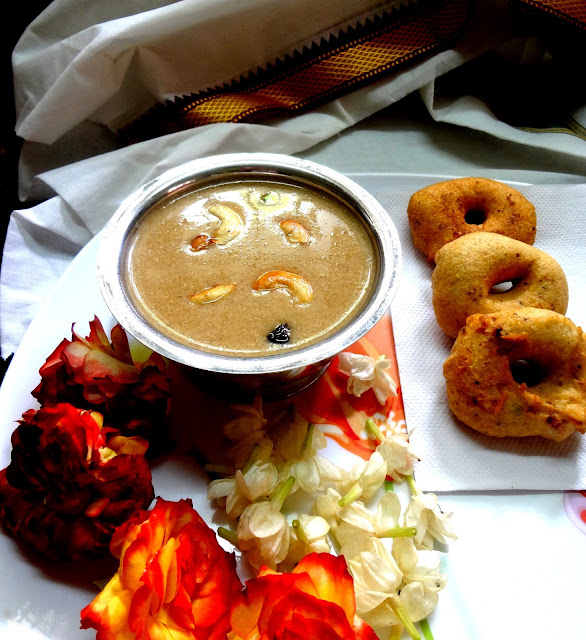 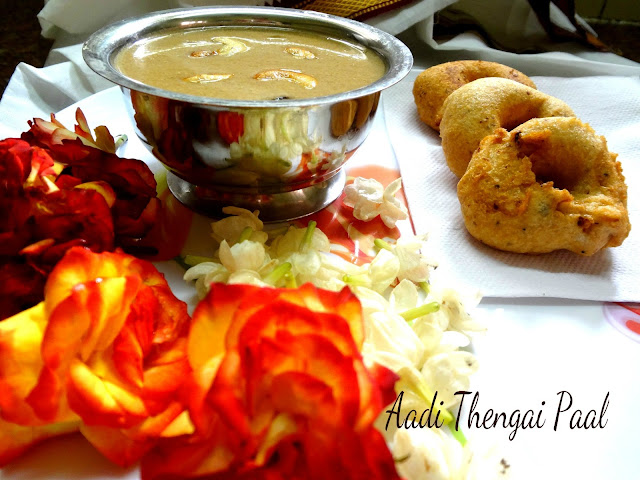 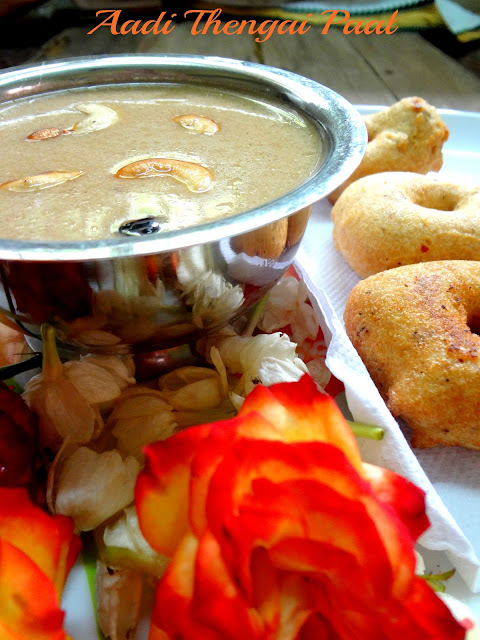 Take 2  heaped cups of freshly grated coconut and soak in little warm water for few minutes. Then grind in the mix to obtain thick coconut milk.
Strain the thick white milk through a muslin cloth or a fine sieve and then again grind  squeezed out Coconut gratings with little more hot water in the mixie.
Once again you will get a slightly thinner milk. Strain or sieve and add to the first milk.

Repeat the grinding once again to obtain a very thin coconut milk and add this to the previously obtained milk. In all you will be able to get good coconut milk by grinding three times. Discard the coconut waste gratings.

On the stove keep a heavy bottomed vessel and pour the thick coconut milk and allow to simmer on a very low flame. Meanwhile prepare the jaggery syrup by dissolving the jaggery with little water and straining the liquid of impurities and add this syrup to the simmering coconut milk. Add the thick cold milk also to give a more richer flavour to the sweetened milk.

Add the cardamom powder, edible camphor, toasted nuts and raisins and the rice flour which will thicken the milk.

When the sweetened coconut milk comes to a boil very gently, remove from gas . At no point should this boil over as it will split the milk.

Given below some important dates during this month for celebration. source..Hindupad

Aadi Chevvai – the Tuesdays in Aadi Masam is highly auspicious.

Aadi Pooram (August  9, 2013) – The day is dedicated to Andal. This year it is highly auspicious as the day falls on Friday.

Aadi Perukku (August 3) – The festival is dedicated to Kaveri River and falls on the eighteenth day in Aadi Masam.

This festival is dedicated to river Cauvery  and falls on the 18 th day hence called Padinettam perruku in Tamil.
The 18th day of this month is celebrated as “Aadi perukku” or “Pathinettam perukku”. Since rain flows in this month, the rivers are filled with water. Water is also given from dams to agriculturists.On this day, we prepare all varieties of rice and vadams etc. taking all to nearby river or beach with friends and give them manjal kunkum, vetrilai pakku, clothes etc This done to praise Goddeess Cauveri (Cauvery river). It is to thank all the rivers because they provide water.

Some of the popular foods prepared on this day to take to the river bank and have it with family and friends are Lemon rice, Coconut rice, Tamrind rice, Curd rice and usually papads and some varieties of wafers are fried and eaten along with these rice varieties.

Those of us in the big cities also celebrate this way at home by preparing the rice varieties and having them after a pooja to the Gods thanking and praying for a peaceful prosperous year ahead after the welcoming rains . 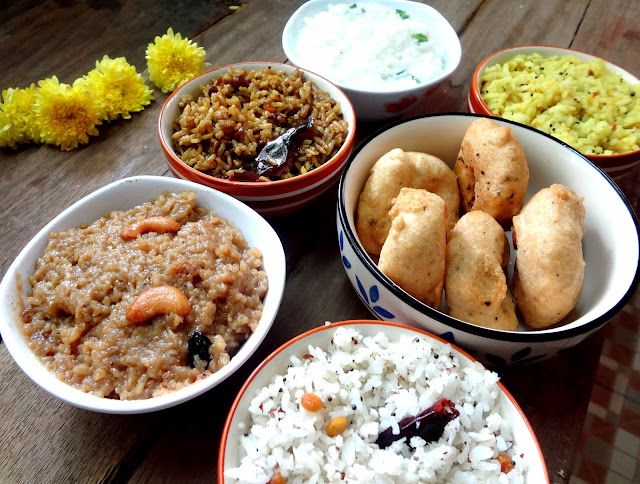 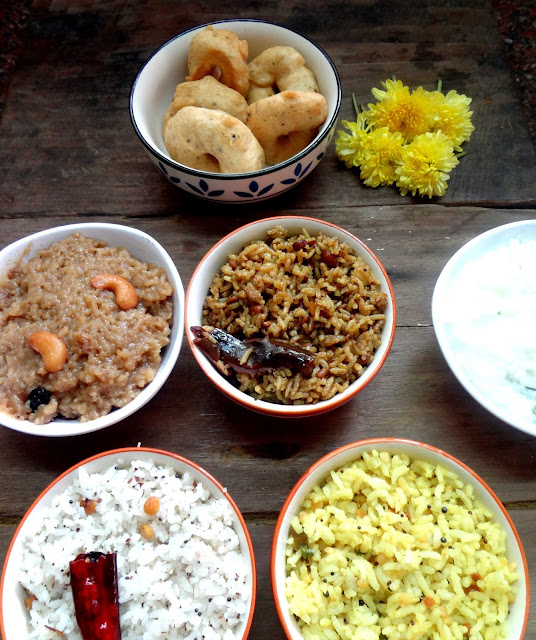 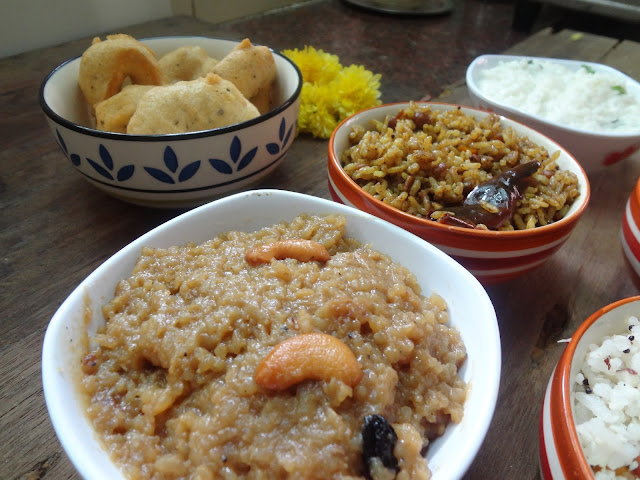 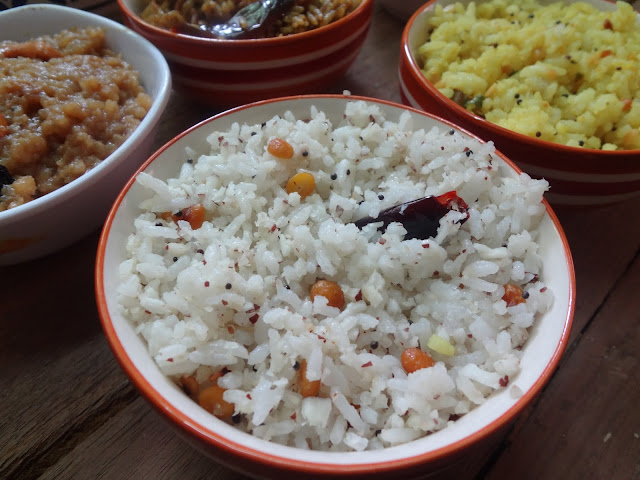 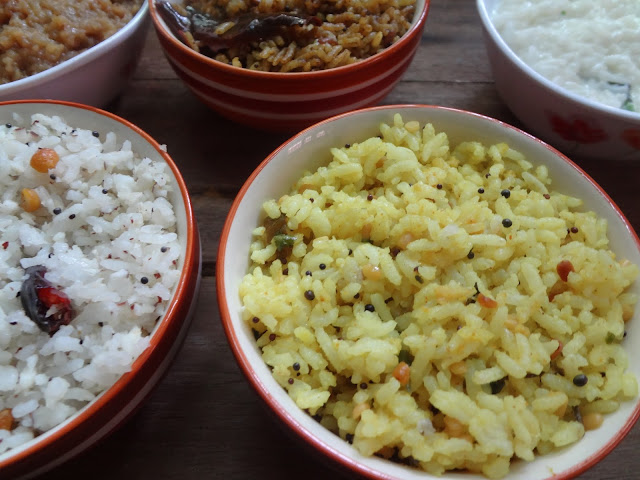 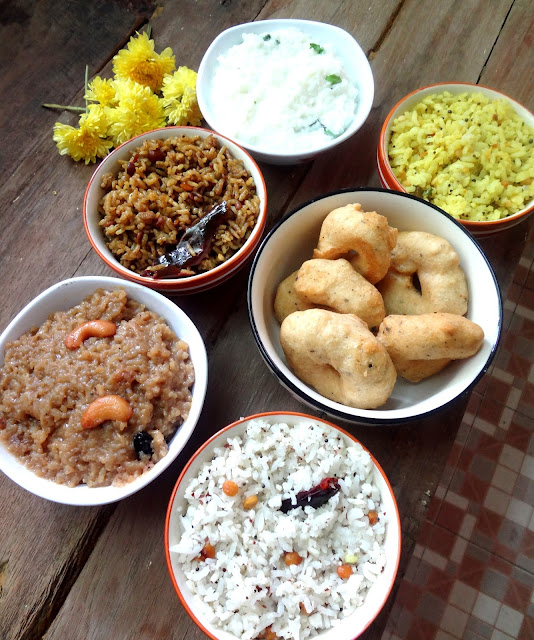 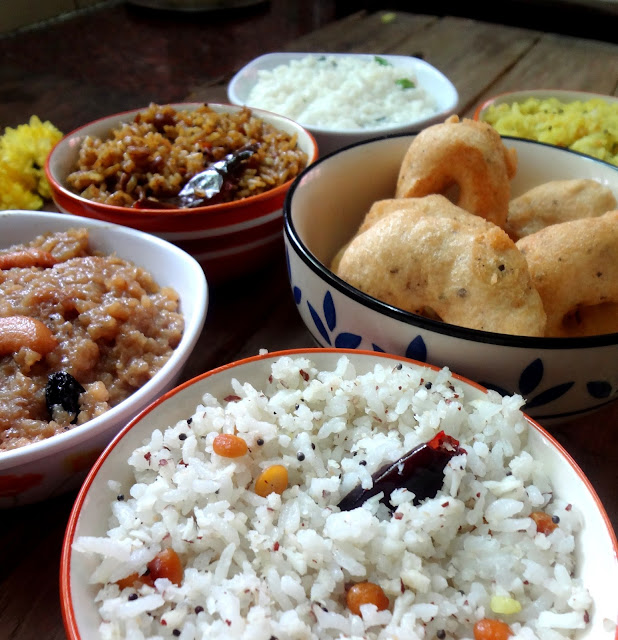