The most authentic Iyengar melt in the mouth prasadam or neivediyam/prashad offered to the deity during festivals predominantly in Vaishnava temples.

Wonderful memories come flooding to my  mind when I recall the name , the aroma wafting from the huge Bronze vessels in which this milk and jaggery sweet is continuously slow cooked and stirred and the temple priests rushing to hold the heavy bottomed vessel , lugging it to the sanctum offering it to the deity first whilst the devotees wait expectantly  for the ritualistic offering served in donnais./ leaf cups. The greatest boon of worshiping in temples. Virtually everyday of the Marghzhi month in Tamiladu is celebrated by preparing the sweet pongal, the salt pongal and the Vaishnava temple Akkaravadisal rules.

This was the most sweetest part of visiting temples in  Tamilnadu. Almost all temples have some prasad of rice, jaggery , tamrind rice , the taste of which can never be replicated in our homes.

Akkaravadisal is prepared usually in the Tamil month of Marghazi on the 27 th day significantly.

Never in my wildest dreams I imagined I would actually write a post and recipe though we do prepare this sweet on and off ,   not as much as we prepare Sakkari Pongal which is mainly a sweet concoction of jaggery ,rice plus lentils.

Something ordained Iam sure about this post as I started out preparing Sweet  Pongal and absentmindedly added milk and started the cooking , half way through I realized my mistake albeit a sweet one that I was on my way to preparing Akkaravadisal and not Sakkara Pongal/. So be it ! I thought to myself. The Gods want it!

Curiously I wasn't done with the mistakes in cooking, next on agenda was making vadas , the usual udad dal/black gram dal vadas and how can anyone go wrong in that.!

Well I managed to make some big time error. The dal was ground as usual for vadas, but I wasn't getting  the usual consistency, It was too coarse and , thick and lumpy. I decided to try anyway but knew very well I was on my way to disaster. Tested couple of vadas , deep fried and knew instantly the batter was not good for soft , crispy  vadas  as I normally make , then I hit upon the idea of making Aanjaneyar vadai or the pepper vadai which is also a great prasad offered to Lord Hanuman. Wow! Two Godly mistakes , perhaps the Gods were  demanding their dues.

Two wonderful prasad/ neivediyam  which was on my wish list for long got prepared with resounding success. the recipe for one is here and I will post the pepper vadai recipe in my next. 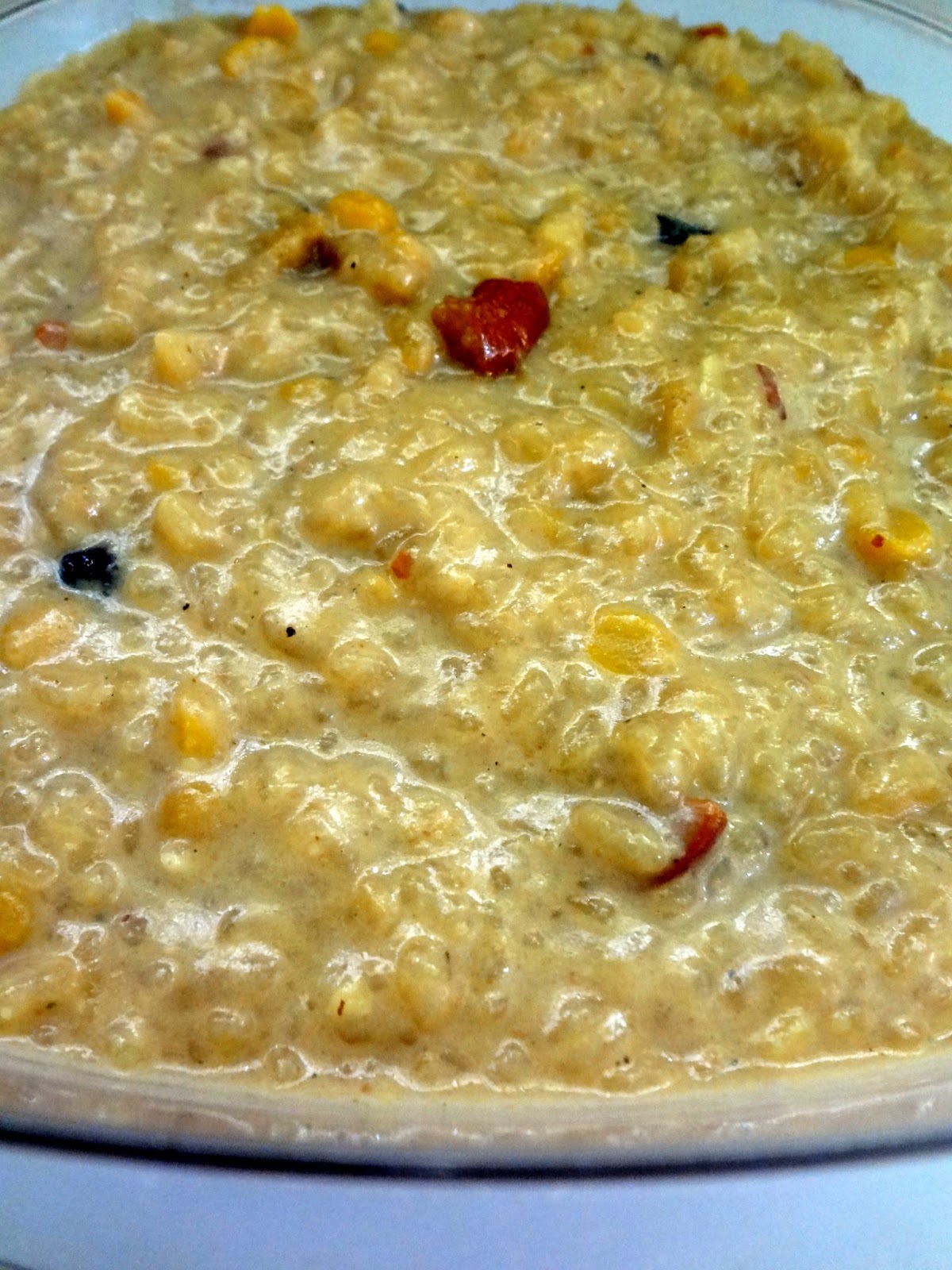 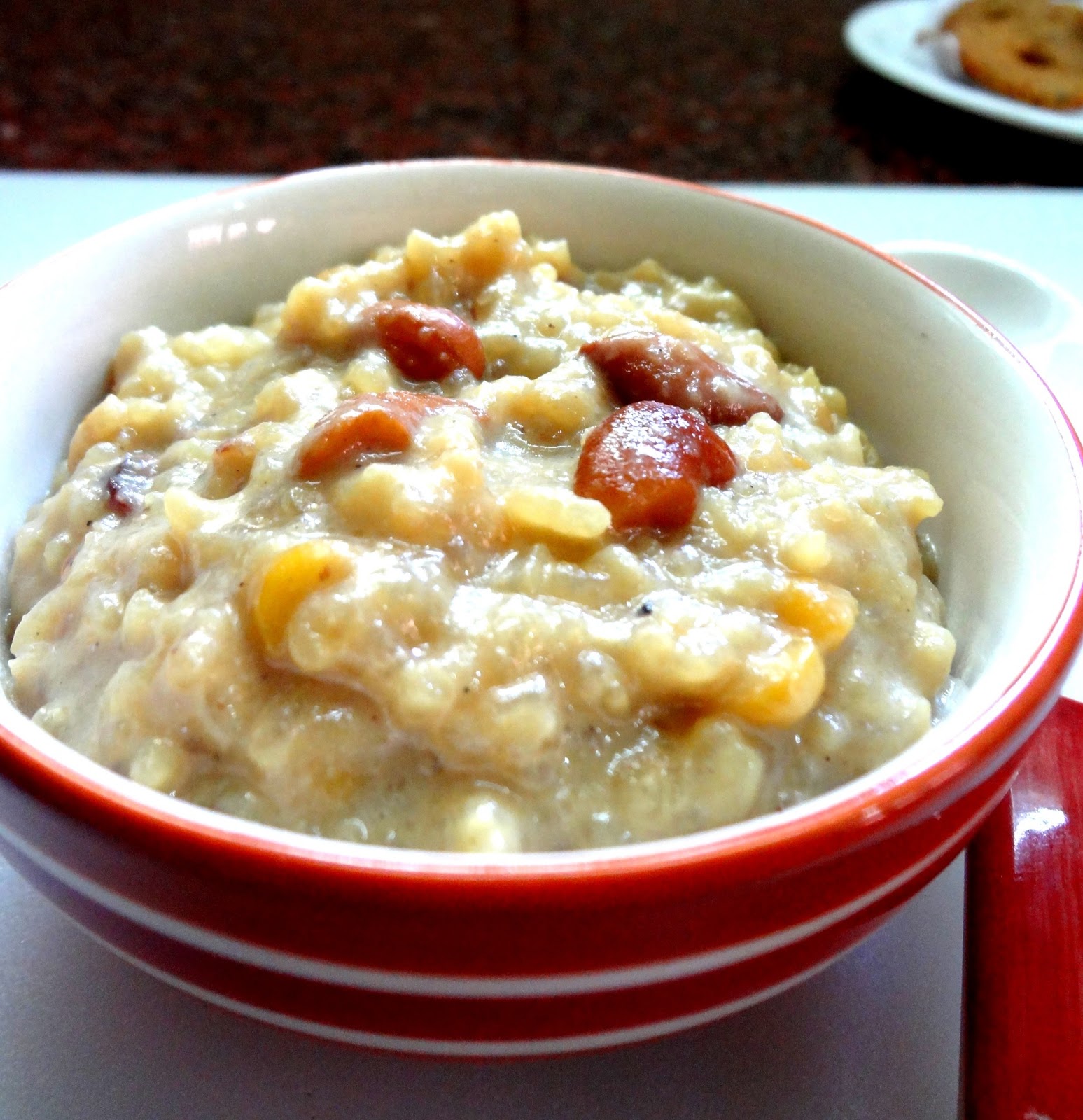 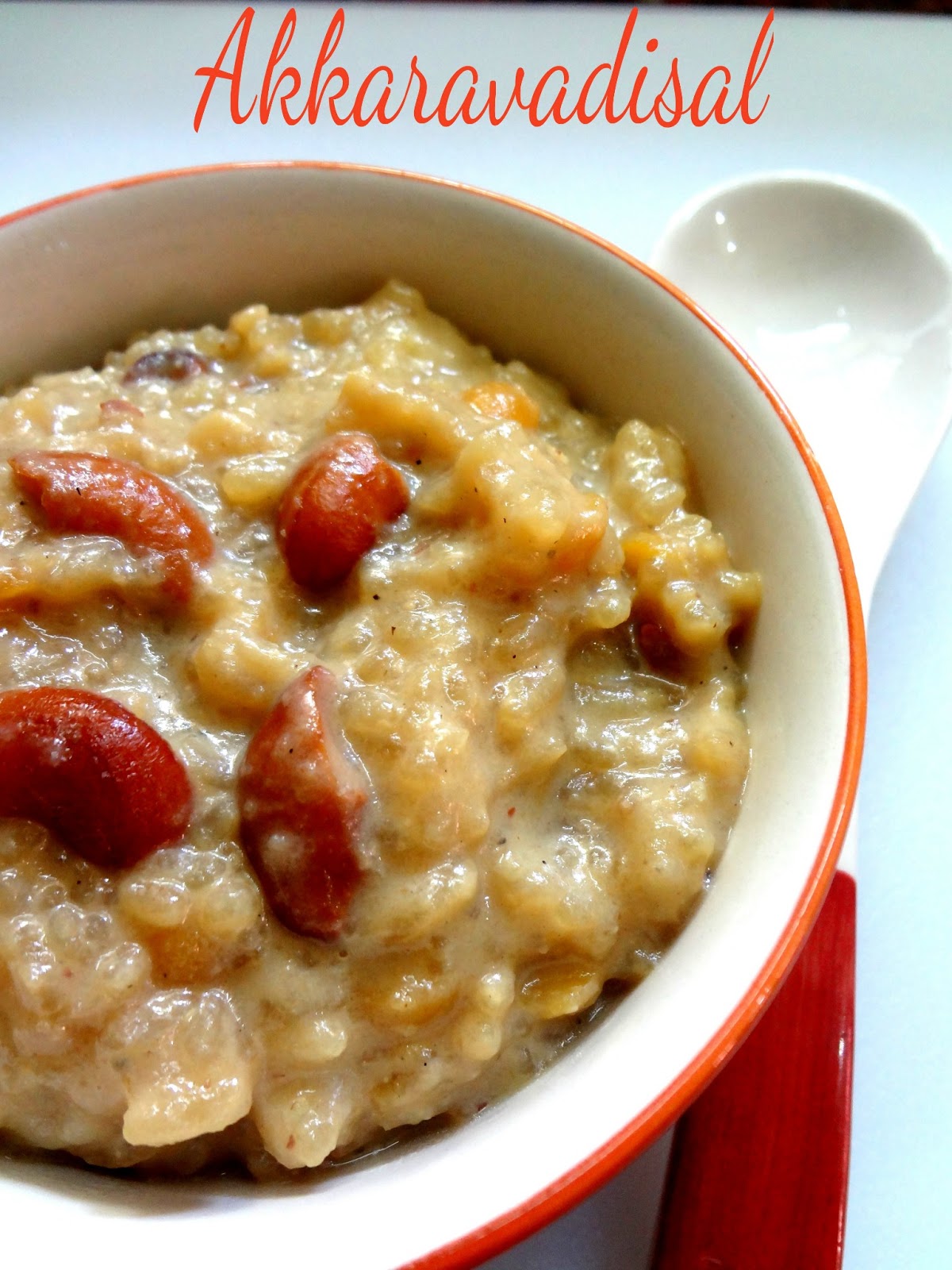 Take a wide heavy bottomed pan like uruli a bronze heavy wide open vessel if you have one.
Clean both the rice and dal and dry roast them till a fine aroma wafts  and turns golden  in colour.

Add the milk and cook the rice , dal mixture along with the 2 tbsp of chana dal also  on a slow fire or the other way is to pressure cook tilll the mixture gets very soft and will soften mushy  when you press with your fingers.

In a separate pan melt the jaggery in little water and filter the syrup off the scum and sediments . I have followed the authentic old way of slow cooking in a broad pan , while stirring ocassionally.If pressed for time , you can always rely on the good old pressure cooker but need to keep upto 10 whistles.

Add the jaggery to the rice , dal mixture and keep stirring slowly.

In a small tadka pan , add  some ghee , roast the cashew nuts and the raisins and pour this   in the hot simmering Akkaravadisal. Resist the urge to taste the hot pudding which will certainly burn your tongue.

Add the pinch of cardamom powder and the edible camphor. Add the saffron infused milk to the sweet and stir well.

The Jaggery milk mimxture would have now turned lightly thick but still not lumpy and a attained a nice golden milky texture in looks.

Unlike the sakkarai pongal the consistency of Akkaravadisal is thickly  runny but not watery .

At this stage you can switch off the flame and serve with some more melted ghee on the top if you wish.

This is such a simple easy recipe which you can prepare in minutes with the help of pressure cooker.