This is a very delicious simple easy to prepare breakfast dish from Maharashtra. It is sago cooked with potatoes and crushed peanuts.

Traditionally this was prepared during fasting period and used such healthy ingredients.
Even today it continues be a favourite among those fasting and almost all states prepare this in some form or other. 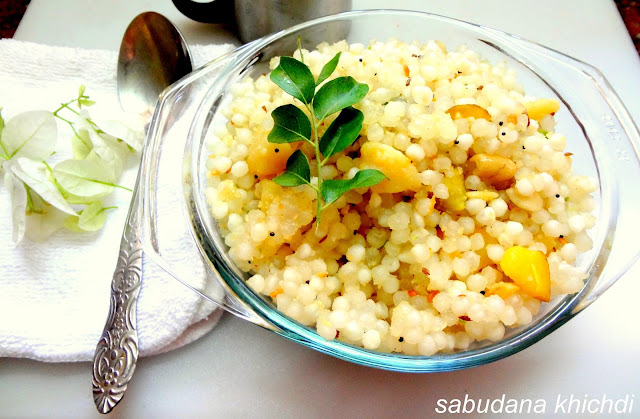 Soak the sabudana in just sufficient water to cover it for 3 hours.
Depending on the quality you will see that the sabudana will absorb water and yet remain firm in separate beads.Test it with your fingers and don't over soak or else you will get mushy khichdi. Drain water and keep aside.

In a broad pan, pour oil.pop the mustard seeds,put the chana dal and green chillies, cumin  seeds some curry leaves and then add the sabudana.Add the roasted peanuts and stir quickly.
Add the cooked potato pieces and add salt.

Garnish with sprigs of curry leaves.

Sabudana or sago pearls comes from Tapioca. Sago is a starch extracted from the pith inside stems of the sago palm Metroxylon sagu. Sago forms a major staple food for the lowland peoples of New Guinea and the Moluccas where it is called sagu and traditionally is cooked and eaten in the form of a pancake served with fish.Sago looks like many other starches, and both sago and tapioca are produced commercially in the form of "pearls". These two kinds of pearls are similar in appearance and may be used interchangeably in some dishes.  The Tapioca Pearls are known as “ Sabudana” in Marathi. It is commonly used as a food during fasting ( popularly called khichadi) among Hindus in Western and Central Part of India ( Gujarat and Maharashtra region) 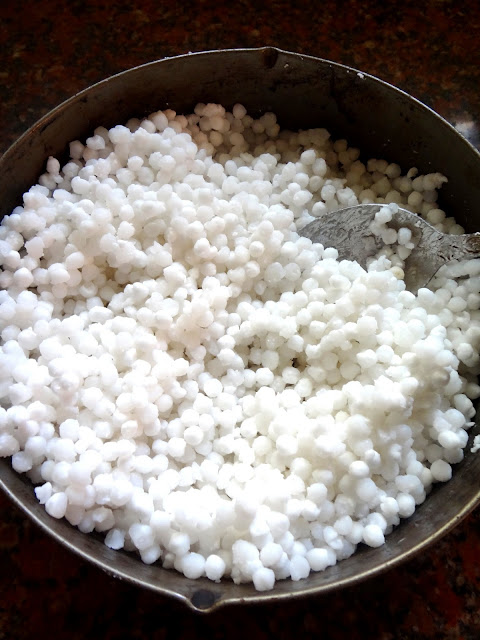 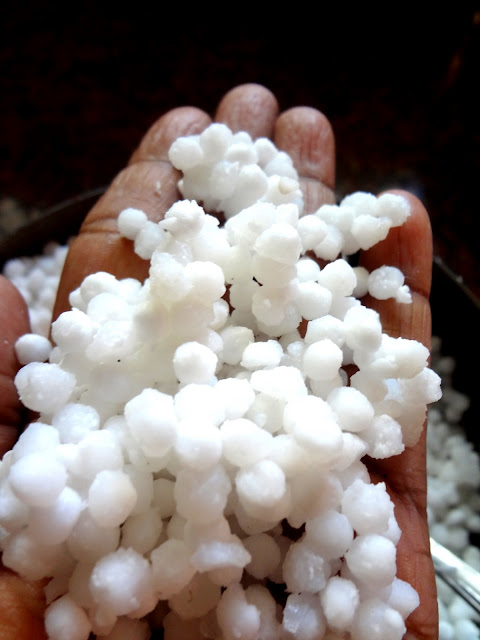 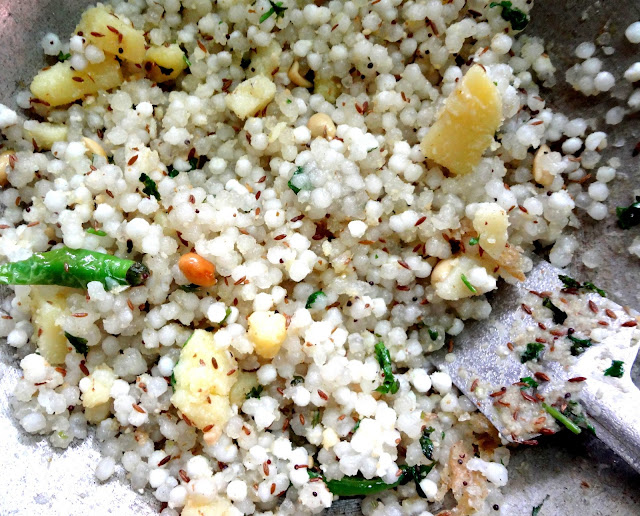 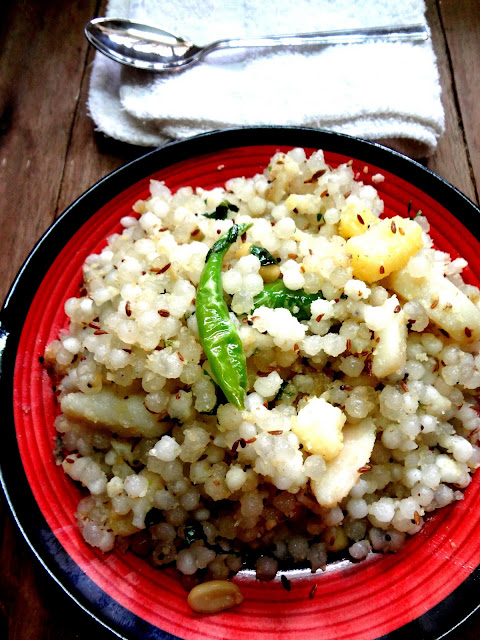 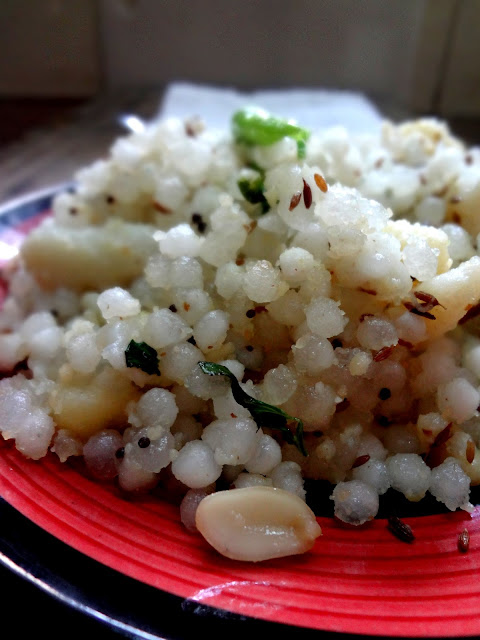 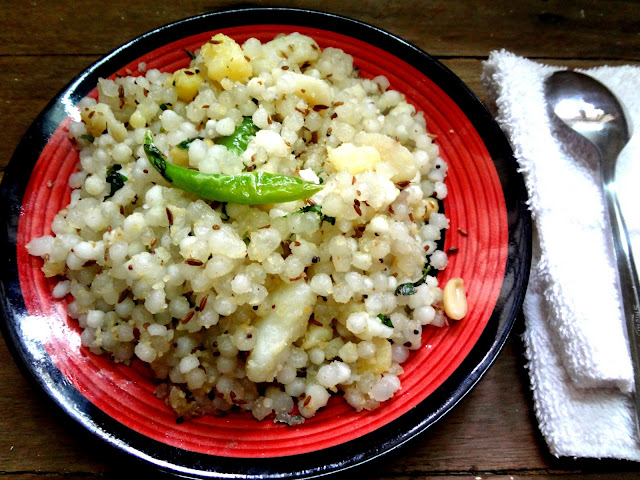